Is the Apple iPad really any good or just a lot of hot air? We review it to find out. 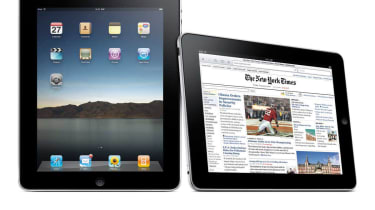 When the iPad was announced back in January, we were swept up in the same wave of excitement was most of the population. And, while UK users have to wait a bit longer for an official release date rumoured to be later this month US fans saw the arrival of the new device today.

The iPad is a product that sits well outside of Apple's comfort zones. With the iPad, Apple is attempting to create a new range of products rather than improve an existing product. Well, sort of - it's actually attempting to succeed in creating a new market segment where many before have failed.

Does the iPad have what it takes to break this new market segment wide open? We take a look at various functions of the device itself before we try to tackle that question.

Even for those firmly opposed to Apple products for whatever reason, it's nearly impossible to argue against the fact that the Cupertino-based company makes some of the sexiest kit on the market. Sleek, solid and downright gorgeous is a safe way to describe just about anything that emerges from the labs at Apple HQ.

In this respect, the iPad is an absolute winner. In fact, we'd go as far as to call the iPad the most amazing piece of hardware Apple has ever designed and produced. Considering the company's portfolio, that is an incredibly bold statement.

The iPad is 9.5in tall and 7.5in wide, and yet Apple has somehow managed to keep the depth down to a mere half-inch at its thickest point. A half-inch! That's thinner than a good percentage of cheap plastic mobile phones and the iPad is built out of aluminum and glass. Simply remarkable.