We look at what the most tech-focused of the political parties has to offer ahead of the 2010 general election. 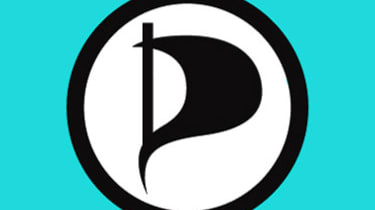 When the Pirate Party first officially launched in the UK last year, it would have been easy to pass off it off as a niche group focusing on very specific topics.

But then the Digital Britain report started picking up speed, eventually snowballing into the controversial Digital Economy Bill, which sparked protests, and anger from industry players and opposition politicians alike.

The bill, as well as high-profile file-sharing cases, have helped push piracy into the headlines - and given the fledgling UK party a good boost, giving there voice some volume over the less tech-savvy parties.

Despite the name, the Pirate Party isn't just about file sharing. Yes, it wants to ensure a right to file share, as well as format shift - such as moving songs from CDs to iPods, which is currently technically illegal.

It also wants to cut copyright from 70 years to 10 and put labels on products to warn of the "defect" of DRM, but it isn't all about tech. The party also would like to reform patent law around pharmaceuticals.

On top of that, the party would ban spying on communications, end "compulsory ID cards" and toughen up data protection laws.

Unlike it's fellow parties, the Pirate Party has not promised super-fast broadband, but said it would see connections ensured in harder to reach rural locations, as well as ensure people get what they pay for, by taking on misleading advertising.

"We will solve the problem of false and misleading advertising of internet speeds by giving customers a new right to pay only for the fraction of the claimed broadband speed that the provider actually delivers, so if you sign up for an 8Mbps connection and only receive 2Mbps, you would only have to pay a quarter of the agreed price," its manifesto says.

Perhaps unsurprisingly, the Pirate Party is pretty good at using the web to campaign. Its official Twitter feed has roughly 3,500 followers, but there are also feeds for party leader Andrew Robinson, as well as local Pirate areas. More importantly, it's a very active feed, with constant posts, responses and retweets.

Same goes for the Pirate website and blog. It's constantly being updated, and features podcasts, links to social networking sites, YouTube videos and perhaps most importantly, actual real member comments on blog posts and in the active forum.

Unlike the bigger parties, the Pirates actually want a bit of debate and don't mind letting disagreement show publically.

How will it all work out for them? Expect the party to ramp up its online campaigning over the next month, and we'll see just how powerful social networking can be when it comes to getting to word out.

But with just 10 candidates, keep in mind that the goal isn't so much to get elected but to get their ideas heard alongside industry lobby groups. So look for Pirates to get quoted in newspaper articles and to lobby on very specific issues, namely the Digital Economy Bill.

For fun, memorise the manifesto, and see how many of the ideas get picked up by the Tories and Lib Dems as those parties look for ammunition against Labour. Okay, election games aren't that much fun, we admit.

The 10 candidates have only just been announced, but they're all highly-technical types.

The most prolific online so far has been party leader Andrew Robinson, as he's simply been at it the longest, as he was named head of the Pirate Party last year.

Read on for the tech sides of the Labour, Liberal Democrat and Conservative party platforms.