Early out of the blocks with its Technology Manifesto, how is The Conservative Party digitally set for the next few weeks. 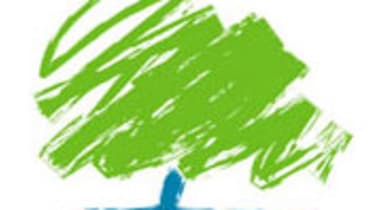 Easily the party with the most to spend on campaigning this election, the Conservatives have already identified technology as a significant battleground.

Keen to position itself as the party of business, many of its technological ideas are slanted that way as you might expect. But it's also looking to campaign on more individual issues too, not least using technology as a means to open Government up.

The Conservative Party has been particularly quick off the mark where technology is concerned. The party launched a specific Technology Manifesto document in March, which it claims is "the most ambitious technology agenda ever proposed by a British digital party", tying its pledges to creating "600,000 additional jobs".

Many of its pledges are as a consequence of its self-commissioned review by Sir James Dyson, under the title of Ingenious Britain'. The headline-grabber is arguably a commitment to extending 100Mbps broadband across "most of the population", although it's hard to find a party that's not interested in doing so.

The Tories are also looking to use technology as a means of offering greater transparency where Government is concerned. Among its pledges are the promise to publish the names and salaries of central Government and Quango managers who are earning in excess of 150,000 a year, to detail different elements of spending when they cross certain thresholds, and to publish online tender documents for work in excess of 10,000. As you might expect, MP's expenses are also set to be published online.

Further accessibility policies include a Right To Government Data request - mirroring a similar scheme in the US - introducing a Public Reading Stage to bills going through Parliament, and the battling of huge Government IT project.

On the one hand, the Tories will introduce a skunkworks' team to develop low cost alternatives, while on the other, all current procurement projects will be halted, and a presumption against contracts worth more than 100 million will be introduced.

Finally, the Tories are also looking to bring in a Government "app store" of sorts, to allow departments to share code between IT projects, and to head off paying for the same work twice.

Since David Cameron came to power, the Conservative Party has put a greater emphasis on using technology to communicate with votes. The divisive Web-Cameron' series of videos has been one such method. This takes the form of an edited webcam stream that's designed to look casual. So, for instance, it might present the Tory leader talking policy while loading the dishwasher at home. More recently, it's expanded to include Web-Sam-Cameron too.

The Conservative operation covers the increasingly conventional angles too. Its Twitter follower count sits at 22,560, with 2,471 Tweets. Its feed features a series of specific lists, and ties in many of the party's individual Twitterers. 30,376 Facebook fans, delicious bookmarks and umpteen YouTube clips are also to be found (with the number of videos really quite substantive).

The Conservatives seem very much on top of social networking, whether you agree with its messages or not. Its website ties them together quite well, too.

The Conservatives have also launched a free iPhone app, which includes news, policy information and a tiltable swing-o-meter, as well as the option to And it's also launched the MyConservatives network, which looks to bring together campaigning tools and collaboration where possible.

The network is pulled together by a regularly-updated blog, that includes a piece on eight tips for online campaigning. Among the tips? Utilising Google AdWords, employing viral techniques and text messaging. It's an illuminating article, that highlights low-cost, easy to use digital methods that can help in an election campaign.

It should be noted though that not everything has gone to plan: the Tories' Cash Gordon' project, designed to highlight the Labour Party's union links, was quickly hijacked and turned into an adult site

The Tory leader David Cameron has been quick to capitalise on the reach of digital communications, and has, as mentioned above, been starring in web videos pretty much since he took office. His website is a Web 2.0 carnival,

The current Shadow Minister for Culture Ed Vaizey actually has quite a muted web presence in comparison to some others. His Twitter feed has just over 100 Tweets, although his website is more detailed and up-to-date. Considering what his portfolio covers, you might have been expecting a little more, though.

The one-time Tory leadership candidate John Redwood boasts one of the best blogs of any MP in the country. Detailed and regularly updated, his site as a whole also boasts downloads, commenters and videos. But mainly, it has an awful lot to read, and agree or disagree, it's actually worth reading too.

Read on for the tech sides of the Labour, Liberal Democrat and Pirate party platforms.