How is the Labour Party using digital campaigning methods? And what are its technology policies? 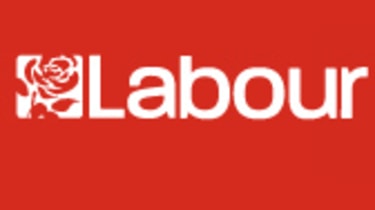 Since it came to power in 1997, the Labour Party has been the only Government that broadband Britain has really known. In that time, it's overseen an expansion in the number of ways we can digitally interact with the ruling administration, and more and more of the work of the Government has been made available and open for scrutiny online. Furthermore, a large number of services are also available over the internet. That's all happened on Labour's watch.

More recently, the Labour Party has been championing the Digital Economy Bill, having just failed to get it onto the statute books in time for the current election. That work is ongoing, and Labour has also injected its manifesto with many technology related manifesto pledges.

Labour's plans with regards to technology are primarily, as you might expect, extensions in some part of what we've already seen with the Digital Economy Bill. Thus, you have continued support for legislation that would see file sharers tackled through technological measures', while plans remain afoot to block websites that offer copyrighted material.

Beyond that, Labour is keen to play the accessibility card. It plans to ensure that the country as a whole is fully covered with regards to broadband access at 2Mbps by 2012, and it's also set to use a 50 pence monthly levy on fixed telephone lines to help fund the roll-out of ultra-fast fibre optic communication lines. Some 90 per cent of Britain should be covered by 2017, according to Labour plans.

An offshoot of people having access to faster Internet is that the Government will then plan to roll out more services online. The centrepiece of this plan is a MyGov central portal, that will bring together a sizeable collection of services in one place.

Labour also plans to introduce a new Institute of Web Science, "to realise the social and economic benefits of advances in the web", and it has earmarked Sir Tim Berners Lee to head the project up. And it's also looking to "liberalise" the mobile phone network, so as to offer greater speeds and faster development.

One surprise amidst its list of further pledges is support for the British video games industry, the only party thus far to make such a firm commitment (although the Liberal Democrats have also pledged to support the industry). Labour will look to introduce tax breaks for the industry, albeit with the caveat that this is "subject to state aid approval from the European Commission".

Labour is using a mixture of offline and online methodologies to interact with voters, given how tight its purse strings appear to be this election.

Its first attempt to combine the two didn't go quite to plan, when an online competition to design a campaign poster was won by a design presented David Cameron in a visual depicting him as Gene Hunt from Ashes To Ashes. The Tories swiftly turned it to its advantage, offering Labour the money to promote the poster more widely.

Nonetheless, its website ticks the expected boxes, although it's hard to argue it does it with much flair. There's an email newsletter to sign up for, and a link to a Facebook page listing at the time of writing 10,521 fans. Labour has also set up its own YouTube channel, and its Twitter feed is boasting 11,954 followers and 1,743 Tweets. Its attempts to making trending topics out of #Labour and #futurefairforall haven't worked to date, however.

What could be the centre piece of the party's online activities though is Membersnet, a resource that's designed to bring together party supporters and members to help them pool their efforts. Boasting a list of upcoming events, a map of what's happening, a blog and a list of campaign groups, it's just the kind of savvy use of online resources that could reap dividends.

Gordon Brown more seems to be the focus of lots of the Labour Party's technological efforts than the thrust of them himself. That said, the Number10.gov.uk website is a comprehensive web presence.

It doesn't help that GordonBrown.com is a spoof site, aimed at the current Prime Minister.

Not necessarily the person you'd instantly expect to find on Twitter, it turns out that John Prescott MP has been keeping himself busy via the social networking service. Prescott boasts nearly as many Tweets as the main Labour Party feed, and it inevitably has a lot more personal a feel too.

Read on for the tech sides of the Conservative, Liberal Democrat and Pirate party platforms.