We take a look at what the Liberal Democrats have to offer when it comes to technology in this election and how they are using it to help their campaign. 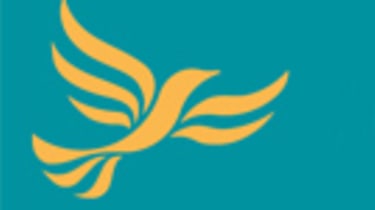 The election is looming and within a matter of weeks we could have a new Government ruling the UK.

Although the usual topics are surfacing like education and healthcare, science and technology have worked their way up to the agenda in most of the party's manifestos.

We take a look at the Liberal Democrats' plans for tech in Britain, how they are using new technologies to help with their election campaign and whether any of their MPs can fall into the category of "tech savvy."

The one disappointment with the Lib Dem's manifesto is they don't seem to have a plan for rolling out super-fast broadband across the UK.

While both the Tories and Labour have made their (albeit differing) plans clear, this party have not made it one of their big campaign issues for the upcoming election.

However, they have not ignored tech issues entirely and have promised a lot when it comes to hitting green targets and ensuring more fairness with citizen databases.

When it comes to the environment, and the use of technology to improve things, the Lib Dems have littered their manifesto with a number of promises.

Firstly the party has promised to invest 35 billion into what they call "job-rich capital projects" which would include using the technology available for renewable energy and developing it to help it make a difference.

They believe by building a more "green infrastructure" with public transport and energy, more jobs would become available for the struggling nation dogged in a recession.

Overall they have a target of zero per cent carbon emissions by 2040, the most ambitious of any of the parties, but again their policies on investing into the technologies also goes further than its competitors.

When it comes to technologies being used by the Government we have today, their policies become more critical.

The party also pledges to remove the "plans to spy on your email and internet use" proposed by Labour, which could even store data from use of social networks, as part of terrorist prevention measures.

The guide to policies from the Lib Dems called the plans a "huge waste of money" and said the party would "ensure your private data is kept safe."

The Digital Economy Bill is again gathering pace when it comes to debate between the parties but the Lib Dems have struggled to make up their mind.

The latest controversial clause of the bill clause 18, enabling blocking of websites if they have copyright infringing material was actually put forward by Liberal Democrat Lord Clement-Jones during the report stage of the Bill.

However, this week saw a Lib Dem MP, Don Foster, and a Lib Dem parliamentary candidate, Bridget Fox, speak out against said amendment and the bill as a whole.

They may need to get their ducks in a row over the coming weeks so the electorate truly know where they stand on the issue.

Although not massive mentions of the mobile industry in their manifesto, the party did say that they would ensure customer service numbers were free, whether calling from mobiles or landlines, as part of a "Universal Service Code."

They may not have "WebCameron" but the Lib Dems haven't forgotten about taking hold of the technological landscape we live in to try and gain some votes.

The most impressive of their measures has been the regular webcasts hosted by their leader Nick Clegg, answering questions sent to him both via Facebook and Twitter.

In fact Twitter has been something the party has taken to like a duck to water. Over half of all the Lib Dem MPs or 34 of the 63 have Twitter accounts.

Both Clegg and the party's popular Shadow Chancellor Vince Cable he won the public vote as performing best after the Chancellor's debate held last Monday tweet regularly, although behaving themselves by sticking the policies rather than the personal tweets other high-profile figures might share.

The party has its own YouTube channel that it actually began back in 2006 and regularly uploads videos, not just from the leader and Shadow Chancellor, but other MPs such as Chris Huhne, Shadow Home Secretary.

The vast majority of the MPs also have their own websites and blog on them, although the regularity of such pieces is variable and often sparse, but we can't say that is any different from any of the other parties seeking election.

There are no stunningly obvious tech candidates when it comes to the Lib Dems. Instead it seems the majority have some understanding of the importance of it when it comes to driving votes for the election and how it would affect the electorate after the vote.

If prizes were to be given out to tech-savvy MPs, however, Lynne Featherstone would probably sit at the top as the chair of the technology advisory board, followed closely by Don Foster who, as we mentioned previously, has been involved in making an impact on the Digital Economy Bill.

Yet voters for Liberal Democrats seem to be a tech-savvy bunch with many Facebook groups, MySpace pages and Twitter feeds dedicated to the Lib Dem cause. In such a heavily online-influenced election, these campaigners may well be the key to winning some seats.

Read on for the tech sides of the Conservative, Labour and Pirate platforms.