Piracy no problem for a third of Brits

A new Microsoft survey has found that one in three of us thinks using pirated software is acceptable, even though we know little about the risks involved. 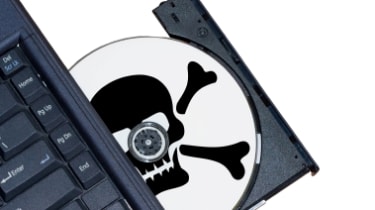 One in three UK citizens think it is acceptable to use pirated software in the workplace or at home, despite admitting to having little grasp of the risks involved.

Microsoft's Attitudes to Piracy survey compared people's attitudes towards film, music and software piracy, as well as their understanding of the dangers involved.

The poll revealed that piracy is now almost as popular in the workplace as it is at home, with one in eight of the 1,000 respondents admitting to using pirated software at work, and more than half (57 per cent) saying they believed their boss would consider the practice acceptable.

However, of greater concern was the fact that only a third of all respondents professed to have an understanding of the risks involved, such as identity theft or virus attacks.

The report highlighted just how commonplace these dangers are, revealing that pirated software had led to an introduction of a virus in 62 per cent of cases, a loss of personal data in 31 per cent, and a computer crash 38 per cent of the time.

It also revealed that 60 per cent of respondents knew more about the dangers of downloading music or movies illegally than they did about the risks in using pirated software.

"Computers are now central to the way in which we interact, work and consume media, and we need to make sure our awareness and understanding of the dangers of downloading pirated products improves too," said Michala Wardell, Microsoft UK's head of anti-piracy.

Microsoft says the release of the report was timed to coincide with the ongoing focus on the Digital Economy Bill, which as it stands will see persistent illegal downloaders and file sharers facing disconnection from the internet.

"The Government's Digital Economy Bill is a reflection of how serious the issue of piracy has become. As people continue to spend more and more time online, we think it's important to ensure people understand the dangers associated with this type of activity so they can better protect themselves," Wardell said.

A recent study by a French consultancy firm claimed that software piracy could cost 1.2 million jobs and 240 million in lost commerce across Europe by 2015.