Last night saw the Digital Economy Bill swept through parliament thanks to the wash-up phase, but some minor victories were won on controversial clauses. 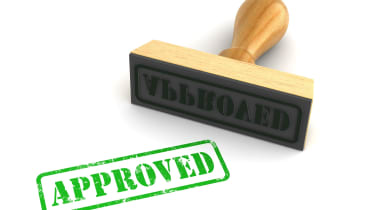 The Digital Economy Bill was passed in the House of Commons last night, despite a number of MPs expressing their concern over the speed of the process.

After less than two hours of debate at the committee stage and third reading, the bill was passed by a majority of 142, although significantly less were present to discuss the legislation.

Bill Cash, Conservative MP for Stone, claimed more than 100 MPs were waiting inside the bars and corridors of parliament, only to enter the lobbies when the voting bell was rung thanks to whip pressure from their own parties.

Although critics were dismayed that the bill passed, some minor victories were won. The controversial clause 18, regarding blocking of websites containing copyright infringing material, and clause 43, regarding orphan works, were dropped to ensure it won enough votes.

The 50 pence broadband tax on landlines to pay for the rollout of broadband infrastructure across the UK got the chop from the Finance Bill.

The Digital Economy Bill has come under a lot of criticism since its conception last autumn, but the major concern for many MPs was that it was not given the proper scrutiny it deserved in the House of Commons, despite the House of Lords finishing debating it months ago.

Don Foster, Liberal Democrat MP for Bath, said during the debate: "Is the honourable gentleman aware that the deliberations in another place [the Lords], which I think he will acknowledge were extensive, finished on 15 December?"

"There have been three weeks and in some days, business collapsed and ended early in which we could have had much greater deliberation on this very important bill."

Tom Watson, Labour MP for West Bromwich East and outspoken critic of the bill, agreed. He claimed that last night MPs were forced to "consider [their] thoughts at light speed," adding: "Those people looking in will find the process as baffling as I am sure some of us in the Chamber do."

However, Stephen Timms, Minister for Digital Britain, was insistent that it was right for this bill to pass to protect those affected by copyright infringement.

"There are strong feelings on the issue, but let me say this to the House," said Timms. "We have heard the strength of feeling against what is in the bill, which many people have expressed. However, the House also needs to recognise both the strength of feeling on the other side of the debate and its importance, not only given the point of view of an economically significant part of UK activity, but in terms of the number of people affected."

Despite the large majority and dismissed clauses, campaigners against the bill are not ready to give up the fight yet.

Jim Killock, director of the Open Rights Group (ORG), has called the passing of the bill an "utter disgrace" and plans to continue his group's campaign.

"Politicians have shown themselves to be incompetent and completely out of touch with an entire generation's values," he said in a statement.

"There now thousands of activists working with ORG planning to show up in hustings, demand answers from candidates, and who are willing to punish those who voted for this at the ballot box."