The Digital Economy Bill has now been given Royal Assent, the last barrier to it becoming an act of parliament, as Google, TalkTalk and more argue against it. 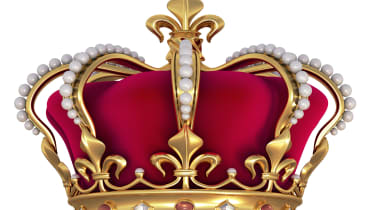 The Digital Economy Bill has jumped its final hurdle before becoming law by achieving Royal Assent.

Despite getting the thumbs up from the Queen, critics have continued to slam the bill for the affect it will have on the internet.

Google has hit out against clause eight of the bill, tabled only the day before the debate, which could see search engines blocked for linking to copyrighted material.

"The proposals to introduce website blocking - now included in clause 8 - have escaped proper scrutiny," the company said in a statement. "They were introduced 24 hours before a crucial vote in the House of Lords, without a full debate over whether such a policy is right in principle."

"We absolutely believe in the importance of copyright, but blocking through injunction creates a high risk that legal content gets mistakenly blocked, or that people abuse the system."

Andrew Heaney, executive director of strategy at TalkTalk and a longstanding opponent of the bill, has added to the resistance saying his company will not adhere to the law when it comes into force.

"Unless we are served with a court order we will never surrender a customer's details to rights holders. We are the only major ISP to have taken this stance and we will maintain it," he said in a blog post.

"If we are instructed to disconnect an account due to alleged copyright infringement we will refuse to do so and tell the rights holders we'll see them in court."

The Department for Business, Innovation and Skills (BIS) which is responsible for the bill unveiled the schedule for the act coming into force, but did not answer any of its critics concerns.

"Some of the measures in the Act will come into effect immediately with others coming into effect in two months' time," said the statement.

"Many of the Act's provisions require further public consultation and in some cases approval by Parliament, before they can be implemented."

Yesterday, director of the Open Rights Group, Jim Killock, vowed his organisation would be doing all they can to prevent the bill from coming into force.