The HTC HD Mini was the less exciting launch of Mobile World Congress, but that doesn’t mean it can be forgotten. We review it to find out if it's worth remembering. 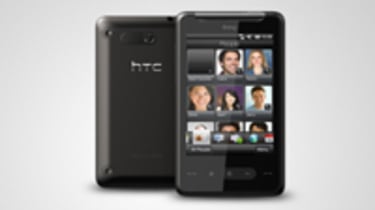 The HD Mini is a cheaper version of the HTC HD2, due to its smaller size.

This, unfortunately, means the screen is smaller and lower resolution than on the HD2, so text-intensive applications aren't recommended for viewing especially the browser unless you zoom in a lot.

The hardware of the HD Mini isn't quite as attractive as the HD2. It's not as slim, although it does feature an attractive soft touch finish on the back and visible screws to give it quite an industrial look.

Take the back off the HD Mini and you'll be astonished to see it's bright yellow inside. According to HTC, there's no real reason behind this, it just thought it would be fun.

Thanks to the smaller body, the HTC HD Mini is much easier to hold in the hand and make and take calls on when compared to the HTC HD2.

Below the screen are the five controls call answer, call end, home, Windows start and back button. They're all touch sensitive and massively responsive.

On the top there's the on/off/screen lock button and the on left side you'll find the volume controls.

The back hosts the five megapixel camera and a speaker that kicks out a lot of sound. Unfortunately, any sound is blocked when the phone is lying down, which is a bit of a shame.

The HD Mini uses HTC's Sense interface, although it's nowhere near as impressive as the one implemented on HTC's Android-based Legend and Desire handsets.