Dell’s latest PowerVault NX3000 brings together a nifty combo of PowerEdge server and Microsoft’s Windows Storage Server 2008. It looks good value and in this review we see what else it delivers. 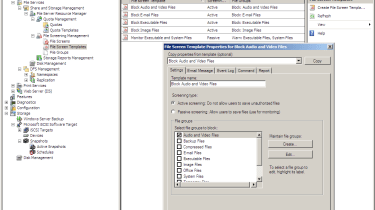 Even though it was launched mid-2009 we've only seen a trickle of network storage appliances supporting Microsoft's latest Windows Storage Server 2008. Dell's new PowerVault NX3000 aims to rectify this and brings together Microsoft's storage software and merges it with a classy PowerEdge server platform.

The hardware for the NX3000 comes courtesy of a PowerEdge R710, which impressed us enough when we reviewed it for it to get a coveted IT PRO Recommended award. Dell offers the NX3000 in three configurations focusing on value, capacity or performance.

On review we have the optimal base unit which comes with a single 2.26GHz quad-core Xeon E5520 partnered by 6GB of DDR3 memory. The value model has 3GB of memory whilst the performance model adds the second processor and has memory boosted to 12GB.

Storage is handled by six 160GB Western Digital SATA hard disks and although the chassis can support them Dell won't be offering SFF drive options until their price/capacity ratio improves. The drives are fitted in sturdy hot-swap carriers and looked after by a Dell PERC 6/i RAID PCI-e controller.

The PERC 6/i is a PCI-Express card and comes complete with 256MB cache and a battery backup unit. The six drives in the review system have been split into a dual-drive mirror for the host OS and a quad-drive RAID-5 array for storage.

The NX3000 comes with WSS2008 Standard which has the same support for memory, RAID and storage capacity as Windows Server 2008 Standard. NAS support is standard and you also get Microsoft's iSCSI target software included. Updates for WSS2008 mean the target is now 64-bit only and initial support for 2TB LUNs has been increased to 16TB.