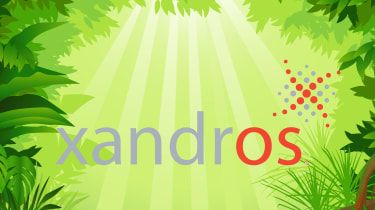 In a world where most users have broadband internet and can download a Linux CD, marketing Linux in a box hasn't been a realistic option, so Xandros has looked to become more like Windows than Windows, and has perfected the art of slotting into Windows networks through its development of BridgeWays and its purchase of Scalix - the open source e-mail and groupware server based on HP OpenMail.

Xandros also purchased Linspire, which owned the much touted CNR (Click 'N Run) software download mechanism for Linux that cuts across the different package formats for Linux distributions and claims to simplify installation of both free and commercial software packages.

Tellingly, Xandros has discontinued the distribution of Freespire, the community version of Linspire, which might have given it greater reach within the Linux user and developer communities.

At the end of the day

On the plus side, Xandros developed the default operating system for the Asus Eee PC, through which it claimed to have gained 1.5 million users.

The success of the Eee PC may have changed perceptions, but even where Linux has been adopted by mainstream OEMS, such as HP or Dell, the more community conscious distributions, such as Ubuntu, have tended to win.

Xandros now specialises in turnkey solutions for the manufacturers of netbooks and mobile devices, and has found itself a niche which fulfills Cowpland's prediction that Linux would be the winner on the "the next generation of internet appliances, like keyboard-equipped [mobile] phones that can surf the web."

It may be that the non-appearance of an updated Xandros Linux desktop, the success of BridgeWays, Scalix, apps2market and Xandros' mobile OEM solutions signals the end of the conventional Xandros desktop, and a switch of emphasis to smartbooks and mobile devices.