Adobe ready to walk away from Apple

After being locked out by the latest iPhone SDK at the last minute, Adobe says it will now work on making Flash and Air a success on Android instead. 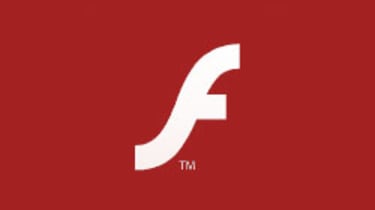 Adobe says it will no longer invest in bringing Flash-based applications to the iPhone after effectively being locked out of the iPhone app market by recent licensing changes in Apple's iPhone 4.0 software developer kit (SDK).

The Packager for iPhone OS tool is one of the most anticipated features of Adobe's latest software package, Creative Suite 5 (CS5), effectively allowing developers to package Flash technology into an iPhone app to allow Apple's products to play videos in Adobe's widely used video format.

But just days before the release of CS5, Apple adjusted its licensing terms to outlaw apps written with the new software.

It seems now that Adobe has finally had enough. Writing on his personal blog, senior product manager for developer relations Mike Chambers said Adobe wouldn't be developing the tool any further, and warned developers that Apple could "eject or restrict" their work "at anytime, and for seemingly any reason".

Chambers said that while the change to the licensing agreement didn't just affect Adobe, it was clearly targeted directly at the company after the spate of public disagreements recently between the two firms. "It is our belief that Apple will enforce those terms as they apply to content created with Flash CS5. Developers should be prepared for Apple to remove existing content and applications created with Flash CS5 from the iTunes store," Chambers wrote.

Those disagreements began with the unveiling of the iPad tablet at the end of January. While the iPhone hasn't supported Flash since its arrival in 2007, Apple's seeming lack of interest in addressing the issue before launching of the iPad saw Adobe criticise the firm in a series of blog posts timed to coincide with the iPad's launch.

The dispute has rumbled on since then, but the row between the firms is now more bitter than ever with Adobe said to be furious over what it sees as Apple's move to isolate it by blocking the CS5 compiler at the last minute.

Chambers commented that Adobe would in future focus its attention on rival operating system Android with Google another company increasingly at odds with Apple.

"Android-based phones have been doing well behind the success of the Motorola Droid and Nexus One, and there are a number of Android based tablets slated to be released this year," Chambers wrote. "We are working closely with Google to bring both Flash Player 10.1 and Adobe Air 2.0 to these devices. Thus far, the results have been very promising."

Andy Rubin, a vice president of Google's Android group, pledged a strong message of Google's support for Flash and Air on Android devices in a blog post of his own on Adobe's website yesterday, saying: "By supporting Adobe AIR on Android we hope that millions of creative designers and developers will be able to express themselves more freely when they create applications for Android devices."