Multi-touch gestures and ‘stunning visual design’ promise a fluid, responsive interface for the next BlackBerry OS by the end of the summer. 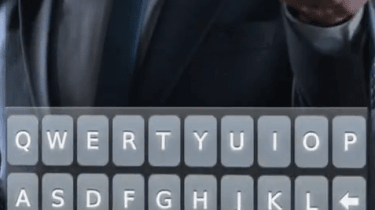 RIM president Mike Laziridis has unveiled the new user experience for the BlackBerry operating system, BlackBerry 6, which will launch "in the next calendar quarter".

The new interface will make use of touch gestures, from the same upward swipe gesture that opens the menu screen on the BlackBerry Storm to sideways swipes to scroll through additional menus or move between the inbox and calendar, to two-finger zoom in the image viewer. These will all work on the trackpad as well as on a touch screen.

"We have a completely redesigned home screen and we redesigned all the core apps messages, calendar and contacts. We added great new multimedia applications for music, video and camera and we have a new application for managing and viewing your social network and RSS feeds."

RIM's software chief technology officer (CTO) David Yach confirmed that existing third-party apps will run on BlackBerry 6 and icons for many social networking tools will appear integrated in menus. Laziridis also promised "we built it all on top of a platform that lets other superapps' take advantage of our exciting new user interface."

He also said the interface would have "crisper graphics and seamless animations and transitions" and the demonstration of BlackBerry 6 used transparency for menu overlays and pop-up windows like the task switcher. HTML email with images was also demonstrated, in addition to a calendar view with colour-coded meetings, an image viewer with both menu commands and what appeared to be multi-touch gestures and social network integration with Twitter, Facebook, MySpace, AIM, Windows Live, Google Talk and Yahoo.

Laziridis then demonstrated what he calls the "all-new Webkit browser" in BlackBerry 6 (based on the Torch browsing technology RIM bought last year). "This delivers extremely efficient high fidelity browsing faster than ever," he said, showing off features including multiple tabs, gestures for zooming and tools for sharing favourite pages.

IDC research director Nick McQuire told IT PRO that BlackBerry 6 is a step change rather than a paradigm shift and doesn't signal that RIM is only interested in consumer sales. "It wants to improve the cool factor of BlackBerry but not to alienate their enterprise base," he said. "Its argument is to say it's such a new improved user experience that it will be not only addictive to the existing base but bring them into new arenas."

He expects the new user experience to be popular, adding: "It is a vastly improved visual experience for the BlackBerry."