ANALYSIS: BlackBerry 6 adds the visual polish to compete with iPhone and Android. 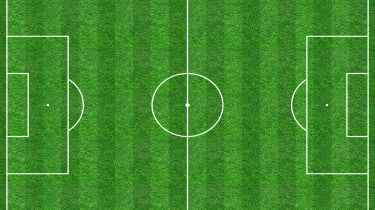 For over a decade RIM has been delivering push email, calendar and contacts integration and all-day battery life but despite boasting more than 40 million BlackBerry users, in recent years first iPhone and then Android have challenged the popularity of the BlackBerry.

They haven't had all the business features or the security of the BlackBerry platform, but their appealing interfaces, modern web browsers and volume of apps made the BlackBerry seem worthy but a little dull by comparison.

"RIM has gotten the basics right," points out IDC research director Nick McQuire; "They've been focusing on the basics for so long - the platform security, the compression, the battery life, the push platform. They've done that well. The next stage is now about improving the user interface and the overall experience around the device."

Sales continue to be strong - five of the six top-selling smartphones in the US are currently BlackBerry devices - and RIM has already begun to fight back with last year's launch of the BlackBerry App World store. By the end of this summer it will launch a new version of the BlackBerry OS, BlackBerry 6, that removes a lot of the stuff that has built up in the interface over the years and gives it a new look that is still very familiar.

It uses transparency and animated transitions to show pop-up menus with icons as well as text that integrate third-party apps and as built-in tools. "Apps are front and centre to what BlackBerry 6 is about," says McQuire.

This approach has some similarities to the way Microsoft is trying to update the Windows Mobile platform to Windows Phone 7, but RIM is avoiding many of the mistakes Microsoft is making here.

Existing third-party apps will run with few or no changes, says RIM's software chief technology officer (CTO) David Yach. "We've been very careful on the compatibility side," he claims. "My normal assortment of third-party apps are not adapted to BlackBerry 6 and they all run. If they're using our interfaces they can inherit our new look."