We look at Apple’s new 13in MacBook Pro to see how it stacks up for business use. 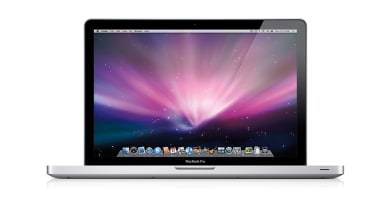 You'd be forgiven for not noticing the changes just by glancing at the new 13in MacBook Pro because it's identical from the outside, with the same line-up of ports (there's no sign of Apple adopting USB 3) and the same aluminium unibody design. The differences lie inside and comprise a mix of incremental bumps to the processor and memory and a completely new graphics processor.

Apple supplied the 2.66GHz model for review. It's a Core 2 Duo processor rather than the newer Intel iSeries. Apple reasons that it has focused on other components that make a difference, so the ageing NVIDIA GeForce 9400M graphics processor is ousted in favour of a GeForce 320M, though it still siphons off some RAM for its graphical work.

That's of less concern now that 4GB is fitted as standard, double the previous amount, enough to run several office applications, even under Windows in a virtual machine. The new GPU boosted our OpenGL graphics test by 15 points to score 178 points, and you'll have to step up to the 15in model to get better performance for CAD and other demanding applications.

The 13in MacBook Pro weighs 2.04kg, a whole 500 grams less than the 15in model and 90g lighter than the white polycarbonate MacBook. That's a noticeable weight to carry but it's the lightest of all portable Macs.

Apple reckons this model has the longest battery life, too. It quotes a massive 10 hours of wireless productivity, which amounts to browsing web pages and typing in a word processor. Our tests work out the extremes of your behaviour. Left idle while connected to a Wi-Fi network, and with screen brightness at 50 per cent, the battery lasted 13 hours and two minutes.