The head of Apple has chosen a blog post as his weapon against Adobe to outline why he doesn’t want Flash on his devices. 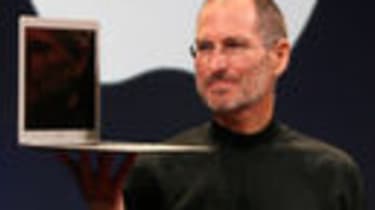 Steve Jobs has slammed Adobe in a rare public letter, claiming the company should stop criticising Apple "for leaving the past behind".

Jobs is known for his concise responses to customer emails, but in a blog post on the Apple website, called "Thoughts on Flash", he spent a lengthy 1,600 words attacking Flash, describing the framework as closed, unreliable, insecure and a hindrance to web development.

"Though the operating system for the iPhone, iPod and iPad is proprietary, we strongly believe that all standards pertaining to the web should be open," Jobs affirmed.

"Rather than use Flash, Apple has adopted HTML5, CSS and JavaScript all open standards. Apple's mobile devices all ship with high performance, low power implementations of these open standards. HTML5, the new web standard that has been adopted by Apple, Google and many others, lets web developers create advanced graphics, typography, animations and transitions without relying on third party browser plug-ins (like Flash)."

As evidence of Apple's commitment to openness, Jobs pointed to the adoption of WebKit - the open-source rendering engine that powers Safari, Chrome and Palm's webOS browser.

The letter made several specific criticisms of Adobe's technology. "Symantec recently highlighted Flash for having one of the worst security records in 2009. We also know first hand that Flash is the number one reason Macs crash," Jobs wrote.

"In addition, Flash has not performed well on mobile devices. We have routinely asked Adobe to show us Flash performing well on a mobile device, any mobile device, for a few years now. We have never seen it," the blog concludes.

Jobs claimed that banning apps developed in Flash from its products was a necessary step to discourage a flood of "sub-standard apps" that would "hinder the enhancement and progress of the platform."

He saved his most damning indictment for the conclusion, in which Flash is dismissed a web relic. "The mobile era is about low power devices, touch interfaces and open web standards all areas where Flash falls short."