The twin-screen slate concept leaked last year was always intended as an internal development project and nothing more, Microsoft has confirmed. 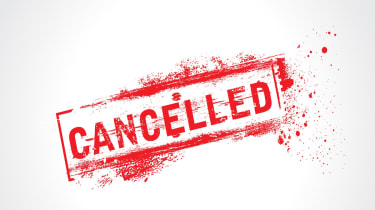 Microsoft has reportedly stopped working on its twin-screen Courier tablet project, claiming it was intended purely as an internal development project all along.

The Courier project first came to light last September when a series of images were leaked by gadget website Gizmodo. The site claimed the device was at a "late prototype" stage, and Microsoft was "developing the user experience" and showing design concepts.

The Courier prototype's twin 7in multi-touch screens certainly captured attention, especially with rumours starting to gather pace that Apple was close to finishing its own tablet eventually unveiled as the iPad in early January.

However, amid growing rumours over the project's future, Microsoft has now confirmed that the Courier was nothing more than a development concept.

"At any given time, we're looking at new ideas, investigating, testing, incubating them," Microsoft's vice-president for communications Frank Shaw told Gizmodo by email. "It's in our DNA to develop new form factors and natural user interfaces to foster productivity and creativity. The Courier project is an example of this type of effort. It will be evaluated for use in future offerings, but we have no plans to build such a device at this time."

The Courier may be dead in the water, but the suggestion that some elements may find their way into future products at least hints that we may yet see a tablet bearing Microsoft's name at some point.

This week's release to manufacturers of Windows Embedded Standard 7 in many ways supports that notion, with Microsoft saying it "furthered its commitment to the integration of Windows 7 technologies in the specialised consumer and enterprise device markets."

Another iPad contender that also seems to have fallen by the wayside is HP's Slate. The Slate was first seen at CES in January, when Microsoft boss Steve Ballmer showed it off as an example of the kind of product Apple's rivals were working on to challenge the iPad.

But according to Business Insider, HP has stopped working on the Slate in the wake of its acquisition of Palm, and will focus its attention more on devices closer to the smartphone form factor.