After signing deals with a number of mobile handset manufacturers to use its OpenZone Wi-Fi, BT has confirmed it hopes to be involved ‘one way or another’ when the iPad comes to the UK. 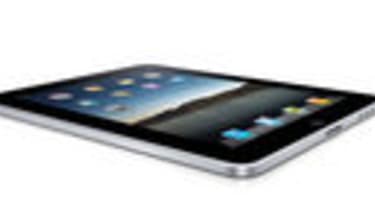 BT is trying to land a deal with Apple to provide Wi-Fi for theiPad when it finally gets released in the UK.

When asked by IT PRO at a company roundtable whether it was actively seeking a contract with the iPad manufacturers, Dave Hughes, director of BT Wireless Broadband, said: "Yes, definitely."

His colleague Chris Bruce, chief executive (CEO) of BT OpenZone, was a little more cautious about a deal whilst Apple's focus for the touch screen device was the US, but admitted it was a partnership he wanted to be involved in.

"We are waiting to hear how [the iPad] is going to roll out," he said. "It may come through mobile operators but then the iPod didn't."

"I suspect we will be involved one way or the other. When the iPad comes to the UK one way or another I am sure we will have some sort of way in delivering."

BT already provides Wi-Fi access for theiPhone, as well as Google's Nexus One handset, and has struck deals with a number of mobile operators.

Apple confirmed this week it sold one million iPads in the US just 28 days after its release, beating many analysts' expectations.

However, theinternational launch of the device has continued to be put back so it may still be some time until both consumers, and BT, get their hands on the tablet.