The anti-copyright Pirate Party has been celebrating the 1,340 votes received in its first general election. 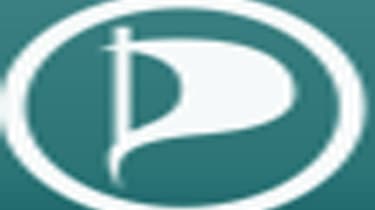 The Pirate Party UK is celebrating the election result even though it did not make a huge impact on the UK's political landscape.

In its first election since the anti-copyright party was established 10 months ago, nine candidates were fielded and received 1,340 votes overall.

The best performer was Tim Dobson, who was campaigning in Manchester Gorton and received 236 votes. In comparison, PPUK leader Andrew Robinson, who stood in Worcester, was given 173 votes.

Jack Nunn, standing in the Cities of Westminster and London constituency, was the least popular out of his colleagues with 90 votes.

The party claimed that if it had been able to stand in every constituency, the result would have gone up to almost 100,000 votes. Under proportional representation it would have two members in parliament, the Pirate Party suggested.

"Everything starts somewhere, and we are now on the map," John Barron, nominating officer of PPUK, said in a blog post.

"Now we need to build on that, and prepare for the next election. With a hung parliament and a likely minority government in the UK, this may happen sooner rather than later. There is much to do, and much hard work to develop further, however we can rightly say that we have made our first mark and that this is only the beginning for us."

The PPUK has been calling for the legalisation of non-commercial file sharing and the reduction of the length of copyright protection. In addition, the party is against what it calls "excessive surveillance".