Will Apple live to regret the Adobe affair?

With Adobe the latest company to find itself on the wrong end of Apple's ruthless streak, how long is it before Cupertino's siege mentality comes back to haunt it? 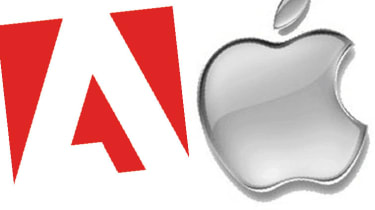 Apple's ongoing pitched battle against Adobe has without doubt been one of the juiciest stories of 2010 so far. A genuine slugfest between two A-List technology brands, the argument has swung back and forth for months now.

At times it's seemed a clash of principles, at others a battle of egos. Insults have led to accusations and more insults, and the issue at the heart of it all the lack of Flash support in Apple's iPhone OS has often been lost in the confusion.

For the record, the whole thing kicked off with Apple's launch of the iPad in January. With the Apple tablet running iPhone OS which as any iPhone owner knows doesn't support Flash Adobe gave voice to its frustrations in a blog post criticising Apple's unwillingness to co-operate. With everyone's radar tuned in to the slightest mention of the iPad, the comments were widely reported.

Apple boss Steve Jobs fired back almost instantly, criticising Flash for being buggy and a resource hog in seemingly offhand remarks made to an employee at a post-launch event, which predictably received equally widespread coverage.

The comments kept on coming, back and forth, at this point as much from opinionated technology hacks as the concerned parties themselves.

Things became serious, however, when Apple amended the iPhone operating system's licence agreement in early April to block apps created using the Adobe Flash to iPhone compiler, poised to be a key component of Adobe's flagship CS5 suite, which was just days away from launch.

Until that point there was the feeling that a solution could be found in fact, in the Flash to iPhone compiler, it could be said that one already existed. But by snubbing Adobe so publicly, Apple not only added another name to its list of public enemies, but also largely proved Adobe's original point about its unwillingness to compromise.

Either way, Adobe can at least draw some comfort from the fact that it's by no means alone in having been on the wrong end of Apple's uncompromising approach to doing business. It joins such luminaries as Google and old foe Microsoft in bearing the scars from daring to publicly stand up to Apple.

Indeed, this sort of thing seems to happen rather a lot whenever Apple is involved. There's certainly no company able to divide opinion be it industry, journalistic or public opinion quite like the Cupertino-based tech giant.

In many ways, Apple is a victim of its own success. Once perceived - mostly by its own fans, to be fair - as a maverick catering to an open-minded minority of free thinkers, Apple is now an industry colossus, having carefully manipulated that reputation to forge incredible market momentum, thanks in no small part to some undeniably superb products.

The problem, and you'll find it lurking not far under the surface of all the various disputes Apple gets involved in, is that having built its products on proprietary foundations using in-house tools and methods whether developed or acquired Apple sees no reason to compromise now that this very approach has proven so successful.

As a relatively minor player, this unwavering self-belief at times almost religious in its fervour successfully created a siege mentality that makes Apple a company like no other. Who else can take a new product all the way from the drawing board to launch without a single tangible leak escaping? Yet Apple can - though not always, as Gizmodo's renegade iPhone 4G proves.

But now that Apple is one of the corporate big fish or if you prefer, now that it is very much "the man" its unwillingness to compromise its approach is alienating increasingly formidable rivals, not to mention large parts of the press and public.

For the first time, people are looking at a company standing up to Apple is a plucky non-conformist trying to "stick it to the man". Right or wrong, it's unfamiliar territory for Apple.

And in its new identity as "the man", Jobs is proving as much a liability as an asset. Lest we forget, the Flash fiasco has only partially distracted the Apple head honcho from his ongoing campaign against Google, a company that Jobs feels has gone out of its way to target Apple's interests in the mobile space.

Indeed, Jobs' willingness to use his public profile to push Apple's agenda, and criticise those opposed to that agenda, has increasingly been uniting those enemies as Apple's own stature has grown.

Was anyone really surprised when Google rolled out the Android red carpet for Flash once Apple gave it the cold shoulder? Where Apple and Jobs are involved, the enemy of my enemy is very much a friend.

Few would disagree that Jobs is arrogant though to be fair, who wouldn't be in his position? but there's also a deep vein of hypocrisy running through much of the criticism that gets thrown Apple's way.

What size does a company have to be exactly for a committed belief in doing things differently hardly a Bad Thing to suddenly become an anti-competitive refusal to work with its rivals obviously a Very Bad Thing?

And would Jobs be so forward in using the press to drive Apple's agenda if it wasn't effective? Could it be he's worked out that as the well-known figurehead of one of the most successful companies on the planet, the press may just write down what he says? Is it so wrong to use that to his, and Apple's, advantage?

In the end, will Apple live to regret how its behaviour towards Adobe has played out in the public eye? To be honest, probably not.

From a purely business point of view, Apple is clearly aligning its considerable weight behind a rival platform, whether it's HTML5 or a platform of its own making, as was suggested today. With that in mind, cutting support to its chief rival makes sense.

Is it fair to cast Apple as "the man", the ruthless corporate villain who cares nothing for the man on the street? Of course not the real world isn't that one-dimensional.

But Apple would do well to heed the warning signs. As Adobe has shown, its rivals have no problem playing the game that way if it means they get the chance to "stick it to the man".