The head of RSA claims last year saw the biggest increase in security threats and attacks we have ever seen. 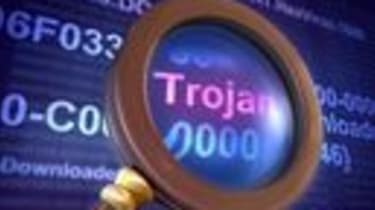 Last year saw more attacks by hackers and malicious programmes than ever before, according to a senior security executive.

Art Coviello, president of RSA, EMC's security division, claimed it wasn't just about large scale attacks against the likes of Google, but thousands of businesses across the globe all fell victim.

"Never before have [attacks] been so mainstream," said Coviello during a press conference at EMC World 2010.

"It did not surprise any of us in the security business because what we saw over the whole economic meltdown was a pandemic increase in attacks."

He also raised concerns about the trojans and botnets that keep coming back to attack infrastructures.

"There doesn't have to be a latest and greatest trojan [or botnet]," he said.

"It is the same [ones] recycling themselves over and over again, designed to defeat the signature security technologies that are the only ones keeping then out."

EMC favours a method of placing security measures at the virtualisation level, claiming it is a more granular and safer way of protecting systems from outside threats.

However, whichever method that you chose to adopt, Coviello pointed out the industry had more knowledge now and had to get it right.

He said: "Now we don't have the excuse we had 10 or 15 years ago, even six or seven, that we didn't understand when we built this that all these attacks would be coming at us."

"We thought we were enabling people, and we were, but we didn't think about the attacks that might come... we don't have that excuse as we go to cloud infrastructures."