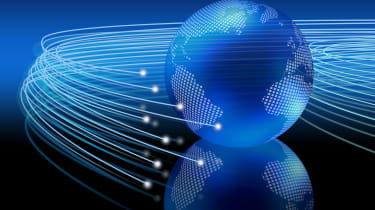 BT has unveiled plans to boost its fibre broadband investment to 2.5 billion, extending coverage to two-thirds of UK homes.

BT had initially planned investment of 1.5 billion to reach 40 per cent of the UK by the end of 2012. By the end of this year, four million homes will have fibre broadband from BT, with the 66 per cent mark expected to be hit by 2015.

"BT's investment of 2.5 billion in fibre is one of the largest in the world that doesn't rely on public sector funding and where the network is open to all service providers on an equal basis," the company claimed in a statement.

The firm offered one caveat, that the investment was "dependent on acceptable investment environment," saying the funds will come out of its existing capital spend of 2.6 billion.

BT faces competition from ISPs like Virgin Media, which are rolling out their own fibre - often in creative ways, including through sewer tunnels and over telegraph poles.

Ahead of last week's election, the various parties were keen to promise superfast broadband, with the Tories saying they would take cash from the BBC licence fee to fund it if necessary. It's unclear what the Conservative's plans will be under the coalition with the Liberal Democrats, however.

The future fibre plans came as BT announced its fourth quarter and year-end results. It posted a two per cent drop in revenue for the year - which was better than expected, and helped by contract wins from its struggling Global Services division.

Earnings (before interest, taxes, depreciation and amortisation) climbed six per cent. BT also managed to cut its debt by 1 billion over the past year.

The Global Services division is set to "turn positive" in 2011/12, while the entire company's revenue should return to growth the following year, chief executive Ian Livingston.

"We are on track with our goal of creating a better business with a better future," Livingston said.