Cambridge researchers have found a way to look inside batteries to see why they catch fire. 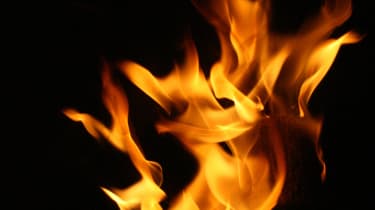 Cambridge researchers have uncovered a way to "see" inside lithium batteries to help prevent them from catching fire.

Lithium-ion batteries are frequently used in gadgets including laptops, but are known to sometimes overheat and catch fire. Packard Bell last year recalled laptops over battery problems, as have Acer, Lenovo and others.

This is because tiny fibres - called dendrites - form in the batteries when they're charged to quickly or frequently, causing short circuits, overheating and even fires.

Professor Clare Grey of the Cambridge Department of Chemistry said: "These dead lithium fibres have been a significant impediment to the commercialisation of new generations of higher capacity batteries that use lithium metal as the anode instead of the carbons used today."

Until now, it's been difficult to study the phenomenon. But Grey and her fellow researchers at the University of Cambridge have started using Nuclear Magnetic Resonance to look inside the batteries and watch the "chemistry in action."

That could lead to such batteries being used in battery powered cars, she noted. "Fire safety is a major problem that must be solved before we can get to the next generation of lithium-ion batteries and before we can safely use these batteries in a wider range of transportation applications."