Microsoft to update Hotmail in July

Microsoft is looking to bring its webmail up to speed with rival Google's Gmail. 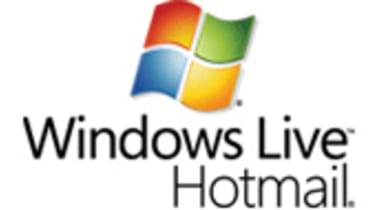 Microsoft has unveiled the next version of Hotmail, showing off several new features which already exist in rival Google's Gmail.

Hotmail remains the world's biggest webmail service, although it has trailed behind Gmail in terms of features for many years. Now it appears Microsoft is keen to close the gap.

Among the list of new features being introduced into Hotmail are in-message previews of YouTube videos and Flickr photos, a facility that graduated from Gmail's Labs earlier this year. "Now if someone sends you a YouTube link, you can view the video right there in your inbox," David Law from Microsoft's Windows Live team said.

Microsoft is also playing catch up with the integration of its Office Web Apps into Hotmail. Documents attached to emails can be saved into Microsoft's online storage service, SkyDrive, and edited using the Web Apps. It means recipients won't need to have Office software installed on their PC to access and make changes to files.

In a bid to rival Google Docs, Microsoft is also talking up the collaboration features of Hotmail/Office Web Apps. Instead of sending each member of the team a copy of the same document and battling with multiple revisions, users will be able to upload one copy of the file to SkyDrive and edit the same file. Hotmail will send out alerts each time someone revises the document.

Microsoft insists this business-like feature will be useful for consumers too. "A lot of people don't use the data analysis tools in Excel, but they have children's football schedules or picnic sign-up forms in Excel," insists Law. "This is a good opportunity for us to add those consumer features [to Hotmail]."

Other new features being brought to Microsoft's webmail service include better photo handling. Photos can now be uploaded to SkyDrive folders and shared with fellow Hotmail users, instead of sending copies of each photo as an attachment. Photo folders can be set to expire after a set number of days, and recipients can also be given the option to add their own photos to the folder - allowing people to share all the pictures from one event in the same place, according to Law.

Hotmail also has a new photo album viewer, making it easier to flick through photos shared via SkyDrive.

Microsoft, which insists it's vastly reduced the amount of spam reaching Hotmail users, is making other attempts to clean up people's inboxes. A new feature called Sweep allows users to set up simple rules, such as moving all the email alerts arriving from Facebook to a dedicated folder, which they can check once a day, leaving the inbox clear for more important messages.

The Conversation View introduced with Office 2010, which (in theory, at least) groups messages in the same conversation into a single thread has also been added to Hotmail. This, again, is a feature that has been standard in Gmail since its inception.

The new version of Hotmail will be rolled out to users from July.