Britons name iPhone one of top 10 inventions of all time

A survey asking people what is the best invention ever has seen Apple’s flagship device take eighth place. 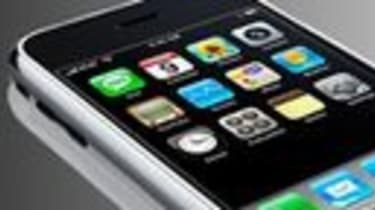 The UK has named its favourite inventions in a new survey released today, with Apple's iPhone sneaking into the top 10.

While more generic technologies such as the internet, PCs and telephones came higher up fourth, fifth and sixth respectively the iPhone was the only branded device to make an impact, winning eighth spot.

The survey of 4,000 was carried out by Tesco Mobile and put the popular smartphone alongside inventions such as the light bulb and the aeroplane, but top place was taken by the wheel.

Lance Batchelor, chief executive of Tesco Mobile, said in a statement: "It's amazing to see how much the iPhone is valued, sitting alongside inventions such as penicillin in people's perceptions and being declared a more important invention than miracle gadgets of their own time, such as the compass."

Over 42 million of the handsets have been sold since its launch in 2007, but now all eyes are rested on Apple's annual Worldwide Developers Conference (WWDC) taking place in June to see if the latest iteration of the device will be unveiled.

The top 10 in the survey were: