After showing how many wireless networks are vulnerable by infiltrating them, Google has offered to at least keep your web searches safe from prying eyes. 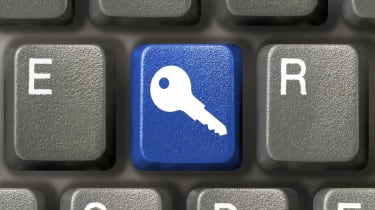 Google has added SSL encryption to its search engine to provide an extra layer of privacy to users' web searches.

Secure Sockets Layer (SSL) scrambles data being transmitted between a user's computer and a server, making it more difficult for third parties to intercept. Google already uses SSL to protect its Gmail and Google Docs services.

For now, the SSL web search which is accessible by typing "https" at the start of the Google search address instead of "http" (with the "s" standing for secure) is in beta and only covers conventional searches, not speciality services such as image, maps or news searches. As such, the links to more specialised searches present along the top of the screen when using the standard service are absent.

SSL-protected web searches ensure session-wide encryption of both the transmission of search queries and the results returned by Google's servers. When using the service, the Google logo will be modified to include an SSL label and padlock.

"We think users will appreciate this new option for searching," Google software engineer Evan Roseman wrote in a blog post. "It's a helpful addition to users' online privacy and security, and we'll continue to add encryption support for more search offerings."

However, Roseman warns that one side-effect of the encryption process is that encrypted searches will invariably be slower than conventional queries, though not significantly so.

The move is a direct response to the privacy storm that has engulfed Google over the past week after it emerged that its Street View vehicles had been capturing not only images from around the world for the mapping service, but also any personal data they happened to came across on unprotected Wi-Fi networks.

In total, more than 600GB of data was collected over a period of three years including emails, passwords and browsing histories. However, Google's claims that beefing up its search engine is a response to "how publicly accessible open, non-password-protected Wi-Fi networks are today" is unlikely to divert much attention from its actions in infiltrating those networks in the first place.