HP has been forced to recall more laptop batteries, after reports of fires causing property damage. 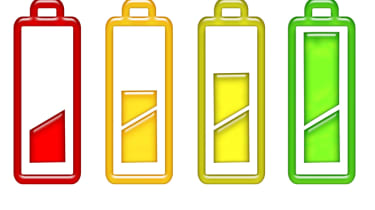 Stressing the recall was voluntary and proactive, HP said the batteries have been overheating and could be unsafe.

The US Consumer Product Safety Commission (CPSC) said there has been 38 reports of overheating batteries since HP's last recall of 70,000 batteries in May 2009.

HP said on its website: "HP and the battery manufacturers believe that certain battery packs shipped in some notebook PC products may pose a potential safety hazard to customers. The batteries can overheat, posing a fire and burn hazard."

The recall affects some models of HP Compaq and HP Pavilion, as well as the Compaq Presario line. The full list is here, but HP stressed that only certain battery models in the listed laptops are actually affected.

HP said it would replace all the batteries.

It's not the first such case of overheating batteries, with many tech firms having to issue similar recalls.

They'll all be happy to hear that US researchers believe they've uncovered a technique that could help solve the problem.

"Our new method should allow researchers to identify which conditions lead to dendrite formation and to rapidly screen potential fixes to prevent the problem," Cambridge University's professor Clare Grey said in a statement.