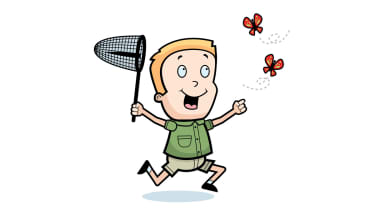 At first Corrons was incredulous and even played with the possibility of this being a stitch-up, but after his new acquaintances came across apologetic when asking to speak in private, the PandaLabs expert felt more at ease.

Corrons didn't beat around the bush, however, and asked the pair what they wanted. What transpired was that Ostiator and Netkairo were not earning money following Mariposa's demise and so were after a job at PandaLabs.

"At that moment, I looked around the room looking for video cameras. I didn't see any cameras so I thought maybe it is true or all the guys from the lab are outside laughing at me'," Corrons said.

Like any opportunistic job hunters Ostiator and Netkairo handed over CVs. The problem was that the one document they submitted was for both men, one side of paper for each of them. Corrons almost burst out laughing at the absurdity of the situation, but held back.

Instead, he fobbed them off, telling them he would be back in contact about any positions that were available, even though the likelihood was that he would never really offer them anything.

But the online contact didn't cease there. Netkairo also began commenting on the security expert's blog.

The evidently more active of the twosome then decided to call Corrons directly, asking for another personal meeting. Even though he was concerned about the increasing levels of harassment, Corrons agreed to have further face-to-face contact.

This time, however, Corrons was not going to be so friendly. Netkairo tried to prove his and Ostiator's worth, noting how they were involved in one of the biggest botnet cases ever and repeatedly pointing out that they had not yet been charged. But the unwilling interviewer told Netkairo outright that they had no chance of gaining employment at PandaLabs.

"Even if you are not declared guilty at the end, for me you are over, or for any other security company that is serious," Corrons told the Netkairo.