Stephen Pritchard puts iPad sales under the spotlight in the latest of his Inside the Enterprise column. 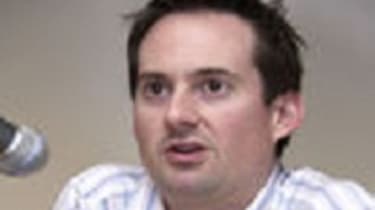 Last weekend, Apple announced that it had sold two million iPads. We are used to Apple's hype-prone marketing machine, but the figure is still impressive especially as the iPad, unlike the iPhone, is a new category of device.

As with so many of Apple's products, the iPad divides opinion. When was the last time you saw a tech story flagged on the front page of the Daily Mail? Tabloid rants aside, though, it is worth spending a few moments looking at why Apple's kit (not the company) is so divisive. It comes down to the company's very specific approach to design.

Most critiques of the iPad - at least those that go beyond "I don't like Apple" - have focused in features it lacks (camera, standard USB port, keyboard, expansion slots).

But Apple focuses on giving most of the people who buy its products what they want. That is not necessarily the same as giving all IT users, let alone the general public at large, what they want.

Leaving features off the iPad makes sense from a design perspective - it looks good - from a user interface point of view - it is easy to use - and from a cost and engineering standpoint. Clearly it is doing no commerical harm either.