We review the Toshiba Tecra M11 to see what the machine can offer workers on the move. 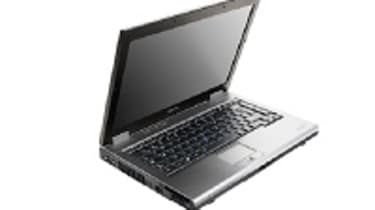 Intel's latest range of processors has been nothing less than revolutionary on both desktop and portable platforms. When it comes to laptops, the Core i7 range of chips has finally brought desktop levels of performance to notebooks, and Toshiba has taken full advantage by including one of these impressive processors in its latest Tecra.

The processor in question, the Core i7-620M, is Intel's most powerful dual-core mobile part. Its core clock speed of 2.66GHz is impressive enough, and elsewhere there's a 500MHz integrated GPU and 4MB of L3 cache. Intel has also included Turbo Boost, which borrows power from idle cores to overclock busy ones, and Hyper-Threading, which allows the two cores to run four processes at once.

These impressive credentials translate into superb benchmark results. An overall score of 1.73 is one of the best we've ever seen from a laptop and faster than most business desktops. It's enough power to allow the Toshiba to motor through all but the most demanding of work applications.

Inevitably, the powerful processor had a detrimental effect on battery life. The Toshiba lasted four hours 37 minutes in our light use test, but this plummeted to just over an hour in our heavy use benchmark. It's enough to last through most commutes, but little more.

Unfortunately, the same can't be said of the graphics chip. The budget hasn't stretched to a discrete part and, instead, the Tecra M11 is furnished with a weaker Intel integrated GPU. While it's enough to handle media playback and basic picture editing, it's wholly unsuitable for more advanced work and not worthwhile if most of your work takes place in Photoshop.

The rest of the specification is more capable. The 320GB hard disk and DVD writer are decent enough, and there's 802.11bgn WLAN, Bluetooth 2.1 and Gigabit Ethernet. Four gigabytes of 1,066MHz DDR3 RAM is included, too, although the choice of Windows 7 Professional 32-bit is an odd one - only 2.8GB of the system's memory can be accessed.