RIM has already provided us with the budget 8520 smartphone, but now the Canadian manufacturer has released the 9105 with 3G. How does it measure up? We review the BlackBerry Pearl 3G 9105 to find out. 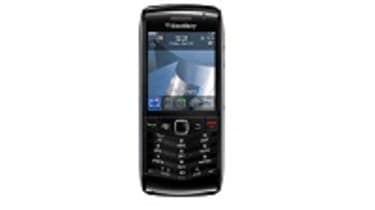 RIM has always been associated with high-end, business devices, and although the Canadian company's worldwide marketshare has reduced to seven per cent of all smartphones (according to analyst Gartner), it still has a strong hold when it comes to hardcore business users.

The user interface may be basic, but it's the simplicity that makes it so attractive.

Now BlackBerry has introduced a more budget device into the mix in the form of the BlackBerry Pearl 3G 9105.

The casing is where the Pearl 3G has taken the biggest hit.

In comparison to the Bold 9700 and even 8250, the Pearl 3G feels more plasticky with no chrome finish as on the former.

This makes it feel a little flimsy. As you clutch it in your hand, you can feel the battery cover bend. It's almost as if there's too much space between the battery and battery door.

The first thing you'll notice when you take a look though is that RIM has replaced the full QWERTY keyboard with a three-letters-to-a key alphanumeric keypad on the 9105 model.

It's somewhat like RIM's Suretype keyboard that appeared a couple of years ago on the original Pearl, but when you use it, it's more like a traditional feature phone keyboard.

The keys themselves are awkward for larger digits, as each line is a separate panel rather than each key being a separate entity. It does help you when gliding around, but sometimes does mean you'll press the wrong key by accident.

However, once you get the hang of using the keyboard, it's simple enough to type emails and text messages.