Brocade has unveiled three blades which offer greater density and lower power consumption per port, helping it to fend off the increasing threat from Cisco. 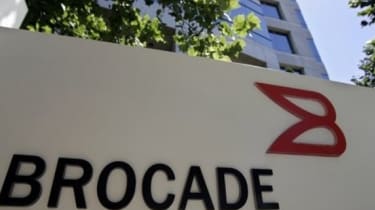 The products fit into Brocade's NetIron MLX and DCX Backbone platforms. They are the 8x10G-M series blade for carrier ethernet networks, the 8x10G-D series blade for enterprise data centres and the FC8-64 blade designed for the DCX.

The first two blades double the density of the MLX to 256 ports per chassis. The 10Gbit/s enterprise product supports IPv4 and IPv6 with a forwarding information base (FIB) of up to 256 IPv4 routes. Brocade claims the latest model requires 45 per cent less power and cooling than its existing offerings.

After a slowdown in investment during the recession, many businesses are deploying 10Gbit/s in their core networks. Brocade claims it is starting to get some early interest for 100Gbit/s products, and says it has received early orders.

The company's switching portfolio took a boost through the ethernet products it gained from its acquisition of Foundry Networks in July 2008.

But it faces a sterner challenge from Cisco as the networking giant develops a more comprehensive data centre portfolio.

Analyst firm Dell'Oro says that Brocade has a 63 per cent market share compared with 33 per cent for Cisco in the overall fibre channel switch market.