Where will quantum computing take us?

We talked with one of the men behind the most recent major development towards quantum computing about what the technology will do for the world. 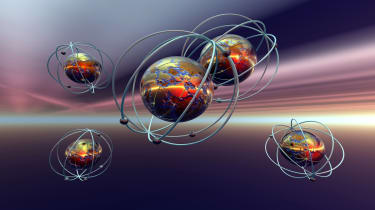 Two announcements in the past fortnight have claimed to be giant leaps towards quantum computing.

First, scientists in Australia said they had created the world's smallest transistor and the first to be made by deliberately placing individual atoms.

Then this week, researchers from the University of Cambridge, in collaboration with Toshiba, revealed they had invented an Entangled Light Emitting Diode in another progression towards the supercomputers of the future.

IT PRO spoke to researcher Dr Andrew Shields, who leads the Quantum Information Group at the Toshiba Cambridge Research Laboratory, about where quantum computing will take us.

In terms of historical scientific achievements, how big will quantum computing be in the history of mankind's great discoveries?

This is going to be one of the great discoveries of the 21st century when we finally have the quantum computer. There is no doubt about that.

We know that there is a problem in increasing computing power indefinitely. As conventional semiconductors get smaller and smaller they are going to hit a barrier within the next 10 years or so where they will no longer work as they do today. It'll no longer be possible to scale semiconductor devices to smaller scales than they are now.

That presents something of a problem as to how we can increase computing power beyond 10 years from now. The quantum computer is one possible solution to that problem. I think that is why so many people are interested.

What will quantum computers be capable of in the future?

In the future [a quantum computer] could do all sorts of things. A quantum computer [would have] massive processing power because it can do computational tasks in parallel and can solve problems which are virtually intractable using an ordinary computer.

In the shorter term, what it might do are things like [act as a] a quantum simulator. A quantum simulator is a quantum computer which basically simulates another quantum system. This could help us simulate a new molecule or new nano material and thereby [help us] design better materials in the future.

We know quantum computers are very good at search problems and also for finding the primes of large numbers, which is an important [area] for cryptography.

How significant is the recent Toshiba development?

We should be clear about what we have done here. We have made a source of entangled photons and that is one of the vital elements in a photonic quantum computer.

Of course there is still a lot of work to do to make a quantum computer just from the photon source.

What is important is to improve the characteristics of the device. So, for instance, the entanglement fidelity, which is a measurement of how good the entanglement is between the emitted photons in the light, that is 82 per cent at the minute but that has to be better than that for quantum computing applications. We will work on improving that.

The other important thing is to integrate many of these devices onto a single chip to make simple quantum computing logic circuits. That is something else we will work on in the future.