Dell takes on the tablet market with this new device and we take a look at what it offers. 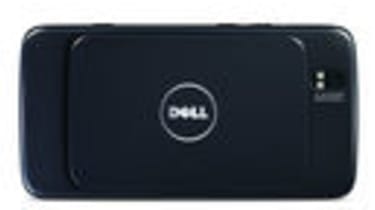 Since the iPad announcement and subsequent launch, there has been a flurry of tablet devices rumoured to be in the making or heading towards the market at full force to take on the might of Apple.

Today sees one of those rivals get its chance as Dell launches its Streak tablet.

Here's what you need to know about the product and whether it has the power to topple the iPad.

What is the Streak?

The Streak is a new tablet device by Dell that the company first unveiled as the Mini 5 back in January at the Consumer Electronics Show (CES) in Las Vegas.

But what is a tablet?

It is a smaller, more portable computer that features a touch screen. There are more business orientated devices out there that often have a swivelling screen attached to a keyboard. However, the Streak is more of a consumer device, having just the screen to get everything done.

What are the Streak's key features?

The difference with the Streak, when compared to other tablet devices, is you can actually use it as a phone, albeit a rather large one.

The multi-touch capacitive touch screen is its other main feature, which measures in at five inches, and the whole device is only 10mm thick.

It runs Google's Android mobile operating system, currently on version 2.1, but it will be upgrading to 2.2 also known as "Froyo" when it is launched later in the year.

Inside, you'll find a 1GHz Snapdragon processor and 16GB of storage, although the MicroSD card slot allows for this to be expanded to 32GB if you so desire.

It has both 3G and Wi-Fi connectivity as well as the usual Bluetooth and GPS capabilities you would expect from a modern-day phone.

What sorts of costs are involved?

The Streak is being priced up in a similar way to phones, with a range of tariffs depending on your needs from O2.

If you just want to use it for data on the move, you can get the tablet for free on a 25 a month contract, giving you 3GB and access to 500MB of BT OpenZone Wi-Fi. For 30 a month you can top this up to unlimited Wi-Fi. Both tariffs also include 300 text messages.

If you want to use it for voice as well though there is a larger a range of deals.

If you want to scrap the contract and just go for a pay-as-you-go (PAYG) option, the device will set you back 399.

Is it really just on O2?

At the moment O2 has exclusivity but you can also buy it from the Carphone Warehouse.

It is quite standard nowadays for phones to have an exclusive contract with one provider - at least initially - and O2 has managed to bag the iPhone and the Palm Pre before this.

However, it doesn't last forever and will, most likely, eventually end up available from other providers too.

What's in it for business users?

The key to tablets is being able to work on the move. The Streak provides this with its email access and web capabilities whilst still being a phone when you need it.

However, at present we can't see it being particularly great for typing long reports on due to its size. We'd be more than happy to be proved wrong as extra accessories that make this more possible appear. The arrival of more tailored apps for the business user in Android's App Market could also help sway us.

But is it an iPad killer?

It is an iPad alternative. There is no question that Apple's device is shiny and very popular with consumers but not everybody is enamoured with the Apple operating system. This tablet offers a good alternative and even lets you use Adobe's Flash.

We haven't got our hands on one yet so we cannot comment on performance, but all the elements are there to make it a viable option for those wanting the flexibility and mobility offered from the tablet market.

Can we expect more of the same from Dell?

Dell has yet to announce next generations or further work on new tablets, but the market is hot for these types of devices right now. If the Streak does well it would be strange for Dell not to follow it up. Fingers crossed.