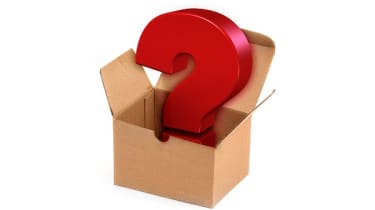 "The recent success of the iPad shows that the closed OS and we can even argue what is meant by closed as it is open to developers does not seem to be that much of an issue," according to Gartner analyst Carolina Milanesi.

"This point is further accentuated by the fact that both companies and universities are already adopting the iPad."

What about the actual hardware?

As everybody is now fully aware, Gizmodo, managed to get its hands on a prototype iPhone 4G, which was left in a bar by an Apple employee in Redwood City, California.

Prototype or not, the device uncovered by Gizmodo did reveal some very interesting things about the up-and-coming iPhone 4G.

For starters, the new iPhone 4G will almost certainly have a front-facing camera for video calling, which is certainly good news for professionals that do a lot of video conferencing.

The design of the prototype iPhone 4G is also significantly different from anything we've seen from Apple in the past it's squarer, thinner and has a metal edging. In short, the new iPhone - if the prototype is anything to go by - is smarter, sleeker and is an infinitely more attractive handset than previous incarnations of the device.

Obviously, processing power is a high priority on any user's list of demands and, if reports are to be believed, the iPhone 4G will be powered by Apple's A4 microprocessor, which is the "same as that found on the iPad's speedy and power sipping A4 system-on-chip," according to Engadget.

Another strong suspicion surrounding the iPhone 4G is that it will have a significantly improved camera possibly five megapixels, or more. If this is true, it's another serious grievance, along with multitasking, that Apple has remedied with the new iPhone 4G.

Also strongly rumoured to be making an appearance is HD video recording capabilities after all, some publications even refer to the iPhone 4G as the iPhone HD.