Apple's showcase of 'open' HTML5 only works on Safari

The latest publicity drive to direct web users away from Flash has attracted widespread scorn for snubbing all web browsers except Apple's own. 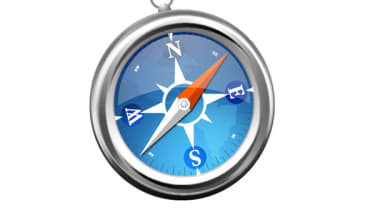 Apple has launched a new website promoting the HTML5 web video standard but only users of the company's own Safari web browser can view it.

Despite trumpeting HTML5 as a truly open video standard unlike Adobe's Flash, Apple appears to have fallen foul of its own marketing by snubbing all other browsers but its own despite the fact that many do already support HTML5 and the related CSS3 specification.

The site contains a selection of interactive material showcasing HTML5, but attempting to access the material using anything else but Safari returns a prompt to download the Apple browser.

"The demos below show how the latest version of Apple's Safari web browser, new Macs, and new Apple mobile devices all support the capabilities of HTML5, CSS3, and JavaScript," the front page of the website reads. "Not all browsers offer this support. But soon other modern browsers will take advantage of these same web standards and the amazing things they enable web designers to do."

While this is true of Microsoft's market-leading Internet Explorer, alternative "modern browsers" such as Mozilla's Firefox and Google's Chrome and Opera do support HTML5 to some extent.

While it later emerged that users of other browsers could in fact access the demo videos through the site's developers section, it made little difference to critics hailing the move as yet further evidence of what they see as Apple hypocrisy in its dealings with its rivals.

Mozilla vice president of engineering Mike Shaver put it bluntly on Twitter on hearing the news: "Having difficulty suppressing my contempt for Apple's arrogant and ridiculous HTML5 positioning today," he tweeted.

Apple has been actively pushing HTML5 since distancing itself from Adobe in the wake of criticism for its decision to block the software firm's Flash video technology from its products.

While the iPhone has famously always lacked Flash support, Apple's strategic opposition to Flash became public with the iPad's launch in January.

Adobe criticised the firm for "failing to co-operate" in finding a way to support its web standard on the tablet, sparking a public war of words that culminated in Apple pulling support for even third-party apps based on Flash in the latest iPhone SDK.

Despite admitting that this last act was motivated by personal factors, Apple boss Steve Jobs argues that for the rest, the move to oppose Flash is nothing more than a rational business decision.

"We choose what tech horses to ride, we look for tech that has a future," Jobs said at the D8 digital conference in California last week. "Flash looks like it had its day but it's waning, and HTML5 looks like it's coming up."