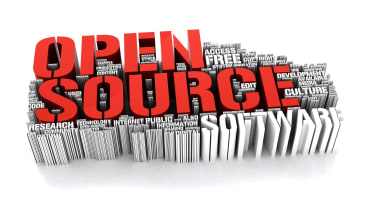 That should have been the end of the story. But BeOS had acquired a passionate following who weren't prepared to give up that easily.

BeOS lived on in a variety of imitations and open source projects, the best known of which was Blue-Eyed OS, which became defunct several years ago. The BeOS codebase survived as the base for ZETA, an operating system developed by YellowTAB and distributed by magnussoft until, in a pattern that had become familiar for the fans of BeOS, the inheritors of the rights to BeOS pulled the plug on magnussoft's rights to distribute the code.

Nonetheless, a surprising number of BeOS websites are still out there, not quite functioning, but offering downloads of add-ons and the BeOS 5.0 personal edition, which will only work on machines of a certain vintage with less than 1GB of RAM.

Haiku is a labour of love, and has been eight years and seven million lines of code in the making.

At a technical level, BeOS had everything going for it. It had a modular microkernel, was written in C++, and featured bash and GNU command line tools alongside a generous helping of user side utilities, as well as a quick and tidy interface, which has been replicated by the Haiku developers.

Haiku looks and feels like a slightly more polished version of BeOS, and is a complete replacement of all but BeOS Tracker and Deskbar which were open sourced by Be Inc at the turn of the last decade. The world of free software presents Haiku with the possibility of a cornucopia of tools and applications that weren't available to BeOS, and there is a clear roadmap towards the release of R1, which aims to be "a viable replacement for BeOS R5 (and later)", capable of functioning on modern hardware.

Haiku has reached its second alpha release, and as one might expect, remains prone to occasional mishaps and application crashes, has bugs to be fixed, and suffers from a lack of drivers for some devices. But it definitely feels like an operating system with a future.