Asian companies like Acer and Asus have helped global PC sales rocket in the first quarter of 2010. 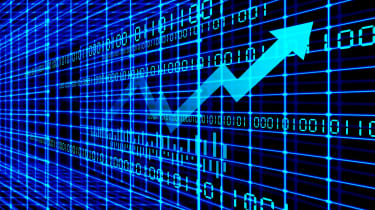 The global PC market grew by nearly a quarter at the start of 2010, almost entirely thanks to notebook sales.

It was the highest recorded year-on-year growth since 2003, according to a report released by research firm iSuppli this week, and the market had a lot to thank the Asian tech companies for.

First quarter shipments totalled 81.5 million units, up from 66.5 million during the same period in 2009.

Matthew Wilkins, principal analyst for compute platforms at iSuppli, said notebook sales allowed Taiwanese company Acer to close the gap and advance towards HP - which stands in first place - at an impressive rate.

"The rise of Asian OEMs at the expense of long-time US leaders like HP and Dell represents a historic shift in the PC market," Wilkins said in a statement.

Notebooks accounted for nearly 80 per cent of Acer's PC shipments in the first quarter, the report said.

The strongest year-on-year growth of the top 10 OEMs was held by Asian companies Asus, Samsung, Lenovo and Acer.

"The rise of the Chinese consumer economy along with Asia's increasing dominance in electronics manufacturing is spurring a fundamental shift in regional balance of power in the PC market," Wilkins added.