A fix is being rushed out this Thursday for the critical flaw found in Adobe’s Flash Player, with patches for Reader and Acrobat coming out before the month is over. 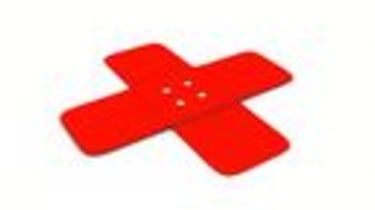 Adobe will release a patch for the critical flaw found in its Flash Player by tomorrow at the latest, the company has confirmed.

The vulnerability was revealed late last week through an Adobe Security Advisory, warning users that if it was exploited the machine could crash or be taken over by a hacker.

An update on the advisory said: "We are in the process of finalising a fix for the issue, and expect to provide an update for Flash Player 10.x for Windows, Macintosh, and Linux by June 10, 2010."

However, it admitted that a patch date for the Solaris version was "still to be determined."

Other vulnerabilities were also discovered in Adobe Reader and Acrobat, but these will not be patched until 29 June as an accelerated update to the one due in mid-July. This means no patches will be released on 13 July as originally scheduled.

This latest flaw in Adobe's programs has brought embarrassment to the company at the time when it is fighting Apple over Flash support exclusion in the iPhone and iPad.

Apple's chief executive (CEO) Steve Jobs claimed he would not include support for Adobe Flash in the devices as it was too buggy and drained battery power.

Adobe's CEO Shantanu Narayen fought back against the claims in an interview with the Wall Street Journal but these recent flaws have brought the spotlight back on the company's product security.