The Brocade One strategy is designed to eradicate the complexity involved in moving an IT infrastructure to a virtualised and cloud-based set-up. 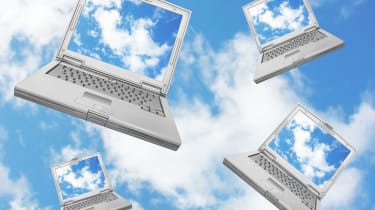 Brocade has launched its grand new vision for the future aimed at simplifying the process of shifting to a virtualised and cloud-based infrastructure.

Brocade has committed to supporting customers with multi-vendor IT set-ups, guaranteeing high-availability and resilient networks, and to optimising customers' applications both now and in the future.

VCS is designed to get around the limitations of conventional Ethernet networking by enabling continuous operations and any-to-any connectivity.

"This will be the first true data centre Ethernet fabric, allowing convergence going forward," Phillips said. "What it will do, it will take away the limitations that Ethernet has today."

VAL provides a layer between Brocade converged fabric and server virtualisation hypervisors to help ensure a consistent interface and set of services for virtual machines being run on the network.

"This is a new class of technology that will allow you to connect to the virtual machines," Phillips explained. "We expect this to optimise the application and give you levels of scalability that are just not there today."

VAL is also designed in a vendor-agnostic way by supporting all major hypervisors and Phillips spoke of a notable customer demand to not be tied into vendor lock in today's business world.

"The one thing that customers constantly tell us is that they do not want to be locked in. They want standards-based, open architecture, heterogeneous networks," Phillips added.

Neither VAL nor VCS is yet available. Customers will have to wait until the first quarter of the company's 2011 fiscal year, which could mean late 2010, to enjoy the services.

Phillips said that Brocade One is a long-term vision and he expects it to last at least three to five years.

The Brocade One announcement comes hot on the heels of the firm's introduction of three new blades, designed to offers more density and lower power consumption per port.