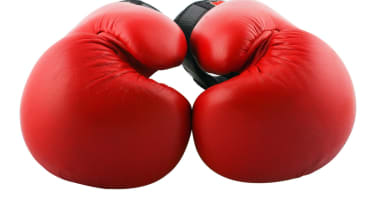 Samsung has hit back at Apple boss Steve Jobs' claim that the new iPhone 4's "Retina Display" is better than the Korean brand's Super AMOLED screens.

A much-improved screen was always going to be one of the new iPhone's biggest new features, and on paper anyway in the Retina Display Apple's certainly delivers, boasting a 960 x 480-pixel resolution, four times that of the existing iPhone 3GS' display and more than all its chief rivals.

But it's not just on the spec sheet that the Retina Display is without rival, according to Jobs. In launching the new iPhone at the Worldwide Developers Conference in San Francisco this week, the Apple front man claimed the screen's IPS LCD technology, developed by LG and Hitachi, also offered superior colour resolution and was "quite a bit better" than Super AMOLED overall.

"You cant make an OLED display with this type of resolution right now," Jobs said on stage. "Retina Display is going to set the standard for displays for the next several years. We don't think anybody's going to come close."

But Samsung disagrees, claiming that the difference in the total number of pixels over Super AMOLED's 800 x 480-pixel resolution is all but negligible to the naked eye, and pointed instead to Super AMOLED's emissive lighting and its ability to deliver far better colour and contrast than more traditional backlit screens like the Retina Display.

"The visibility difference is only 3 to 5 per cent. But raising resolution to that level increases battery consumption by 30 percent," a Samsung spokesperson told the [il]Korean Herald. "Structurally, IPS LCD technology cannot catch up with AMOLED display technology," .

One of Super AMOLED's chief attractions is the reduced strain on the battery thanks to that lack of backlighting, with Samsung's new Wave smartphone offering double the battery life of the iPhone. In addition, the Samsung screen offers a contrast ratio thought to be around 1,000,000:1, dwarfing the iPhone's figure of just 800:1.

According to Jobs, the iPhone's screen's 326 pixels per inch meant it had a higher resolution than the human eye "The display is your window into the internet, into your apps, into your media, into your software," he said. "Retina Display is the best window on the planet."