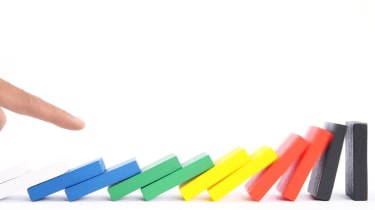 The sure sign that Microsoft had struggled to enthuse the market about its Windows Vista operating system, years after it was originally released, was the staggeringly high usage figures for Windows XP.

Even today, nearly nine years after it was officially launched, Windows XP remains the world's most used operating system on a day-to-day basis. MarketShare reports that Windows overall is still accounting for 91 per cent of the market, but subdivided into versions, and Windows XP seems to have an iron-like grip.

According to figures issued at the start of June, Windows XP is now accounting for 62.55 per cent of operating system usage. To set that against later iterations of the operating system, Windows Vista sits at 15.25 per cent, Windows 7 at 12.68 per cent and next up is MacOS X 10.6 at 2.34 per cent.

Microsoft is understandably keen to ensure that users migrate from Windows XP to Windows 7 (an upgrade that involves a reformat of a machine), but in spite of the success of the launch of the latter version of its OS late last year, Windows 7 is still a long, long way behind.

There are several reasons why, of course. Firstly, Microsoft hardly helped drain away XP users with its stance on the netbook market, where it was seemingly slow to react and adapt its Windows OS to take advantage of this burgeoning sector of portable computer sales.

As such, at the point major manufacturers started offering netbooks with Linux operating systems, the best Microsoft could do was scramble Windows XP, given that Windows Vista was realistically too bloated to sit on such a modest machine. From a short-term strategic standpoint, this turned out to be a wise move, as Microsoft arrested the interest in Linux on such machines and established itself as the lead operating system provide to netbooks. But it also added more numbers and market share to a product that it had been trying to phase out for years. It also meant that is had to continue supporting it for years to come.