Ubuntu is more secure than Windows, according to Dell

Computer maker Dell has been singing Ubuntu's praises from the rooftops, saying its smaller user numbers meant it wasn't a target for online scammers. 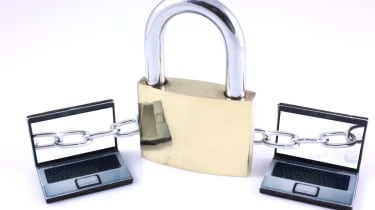 With Linux systems still struggling to gain public trust, particularly when it comes to online shopping, Dell has issued a statement of support for Ubuntu by revealing 10 reasons why PC users should opt for Canonical's Linux instead of Windows when buying a new PC.

Number six in Dell's list is the claim that "Ubuntu is safer than Microsoft Windows: The vast majority of viruses and spyware written by hackers are not designed to target and attack Linux."

Among the other reasons mentioned are its fast boot-up speeds and elegant design, and that with Dell claiming Ubuntu is "social from the start".

The company says anti-malware software is "unwarranted" on Ubuntu, but claims Windows' on-board Defender and Security Essentials invariably need upgrading to get closer to the level of protection needed on Windows systems.

The argument Dell is using is a simple one: the popularity of Internet Explorer will always make it the number one target for security threats, while the massively smaller quality of Ubuntu users will largely be safe simply because because the numbers just aren't there to make it worth their while.

Dell whose PCs have been shipping with Ubuntu on-board since 2007 insists the public had no reason to fear Linux just because it doesn't look exactly like Windows.