A list of config files has been spotted within Chrome OS listing not only long-standing likely suspects Acer as hardware partners, but HP and Dell too. 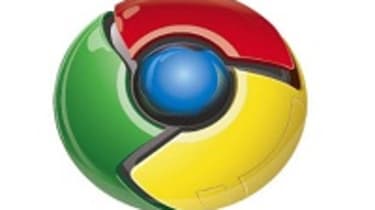 Dell is strongly rumoured to be a third hardware manufacturer working on a Chrome OS netbook for release later this year, alongside Acer and HP.

Google's open source operating system was first announced nearly a year ago, and since then the identity of Google's hardware partners has been the subject of much speculation.

Acer was the first to throw its hat in the ring, announcing to the Taiwanese press back in December that it would release a Chrome-powered netbook in the second half of 2010.

Industry site VentureBeat added to the momentum by insisting an Acer-branded Chrome OS netbook would appear at Computex in Taipei at the start of the month, only to be proven wrong.

But with Google confirming that the first Chrome hardware will be arriving "in the fall" from select partners, the rumours are now gathering pace again, with the latest developments naming not just Acer, but HP and Dell too as likely manufacturers of Chrome hardware the three biggest computer makers in the world.

According to Download Squad, a list of files within the .git repository, which look after Chrome's hardware support in the build process, indicate that the three hardware makers are advanced enough in their preparations to be specified in config files.

While Acer has been among the likely suspects all along, and even HP was named in Google's initial list of partners back in July last year, Dell's name appearing is somewhat of a surprise, though it does have plenty of history working with open source Linux builds.

Google itself has announced it will release own-brand Chrome OS netbooks for both business and consumers by the end of this year or early next year, but with the HTC-made Google Nexus One smartphone proving that Google isn't a hardware company, it wouldn't be much of a surprise to see one of these three doing the honours underneath the Google badge.