We sit down with one of Dell’s senior executives to discuss the company’s vision and strategy for storage as it announces some key updates to product lines. 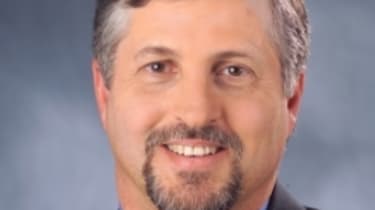 Last week Dell announced a range of new storage and server products as it looked to expand its offerings for the enterprise market. At the launch event we took the opportunity to sit down with Darren Thomas, vice president of storage for Dell, to tell us more about the company's future direction in this area.

For those that may not know where Dell is coming from, how would you describe Dell's 2010 vision and strategy in the storage and virtualisation space?

We've come out with what we refer to as the "Virtual Era" strategy. More and more customers are virtualising and need to virtualise to gain the efficiencies that they are seeking to obtain. That virtual strategy is really the confluence of servers, networking and storage coming together.

Now there are only a few companies that can do that. some are [say] just a networking company, but Dell is both networking, storage and servers.. we are a strong partner in this virtual era, as we own a piece of the technology in all three spaces.

How does that strategy play out in terms on the actual products that you've just launched?

The strategy that we believe in is that each of the components that storage cares about the capacity, the performance and the scalability - and also the software that controls it, are all key. Products like EqualLogic have a real leadership position in all of those.

[Often] customers need to change their strategies going forward. Those products that customers bought even before Dell bought EqualLogic, can download the firmware [5.0]. A customer that wants to add thin provisioning, this VMware vSphere technology, and run it today - can download it and run it in on the hardware they bought several years ago. That is unique in our industry. So Dell is delivering the ability for systems to grow and scale even through an evolutionary change like the virtual environment.

What would you say was the key differentiator to strategies of the recent past?

Intelligent data management means that we need to be able to manage the data, not just the device. In the old days, just a few years ago, it was everything you heard people talk about. Today what you heard us talk about is managing the data itself.

We talked about the software that automatically detects when pages get hit harder. Well how do we do that? We have to be aware of the access of the data. It's not about whether the drives are turning or the fans, this is about what's happening to the data.

With this emphasis on data rather than hardware - would you say then that we've in the virtualisation 2.0 era?

I would say that's a good answer. I would tongue-in-cheek almost tell you that it's virtualisation 3.0. Storage devices virtualised in the 60s, the 70s and the 80s, we took away the context of block, then we took the disk away and made volumes, and now with products such as EqualLogic, we've taken the volume away, and we just talk about capacity. But that was inside the device. Server virtualisation was able to virtualise within the server, and that impacted on the application, that impacted the deployment, that impacted the total cost of ownership and the automation involved in doing deployments.

Can you highlight a particular benefit of this?

A customer today can take a server and upload a workload that used to take a day or two to upload and they can install it in seconds on a virtual machine. Once they've done the task once, they can lock in that configuration and replicate it in milliseconds.

You haven't mentioned the word cloud at all. Is that a deliberate anti-buzzword move or is there something deeper to it?

It's more anti-buzzword. Everybody defines cloud a little differently. Most people think of it as a repository on the web. Then people said "I don't want to put my stuff on the web," so we started to talk about a private cloud, and that could be on the web or maybe not - but still owned by me within my property line - the term gets convoluted.

So even in the cloud, what's beneficial is the automated ability to deploy one. If all you wanted was a giant cloud you could make one but it wouldn't be very cost effective. One of the ideas in the cloud theory is the idea of flexibility you can use a little, or a lot you just think of it as a service, not as a product.

So what is Dell's approach to the cloud concept?

So what Dell has done is instead of referencing the buzzword, we're referencing the individual pillars and delivering on those promises. We're working on the ice, the rain and the hail inside those clouds. We've taken the cloud concept apart into its elemental pieces and then delivering on those promises. Instead of focusing on the product we focus on the journey, which we call the virtual era.

Many are saying we have moved out of recession. Are you seeing that or is there just more pressure on IT to be ever more efficient?

The worldwide economic challenge of 2009 taught IT professionals to look for more efficient ways of doing things and it just so happened that the virtualisation era was right upon us and everybody could see the road to getting better efficiency.

That is driving IT people, whether they're in a county that's past the recession or in a country that might still be in it. I think it's driven them all to see if they can do this better, if they can do it more effectively. Once again we refer to that as the virtual era.

So you're saying virtualisation plays well with enterprises looking to improve efficiency?

We talked about the efficient enterprise before - that's part of that same strategy. What those IT departments are doing is look for answers that are better than the traditional answer. The traditional answer was big iron, big boxes, big solutions. The new answer is flexible solutions and that's the core of the virtual era. As departments begin to deploy these things they're seeing the savings. They're real.

I think the economy initially drove it, but now smart IT is driving it.

Can you clarify the Dell/EMC relationship? When do you specify EMC and when do you go with EqualLogic?

It's really up to the customer. Customers are trying to solve certain problems if the problem they need to solve is a multi-site, multigenerational problem and they want to have a very high speed bus and they're very comfortable with fibre channel we will obviously help them find the right product. Nine times out of ten if they want fibre channel, EMC is going to be our solution it's the only fibre channel solution that we sell. Many other customers are coming in, and they want a more cost effective solution and there iSCSI has proved itself to be much more cost effective.

What do you do if they have a preference?

We listen to the customer. Their answers to their own questions guide us as to the technologies that they want and to be quite honest many of our customers have both [fibre channel and iSSCSI] - it's not an either or.

If this decade is the Virtual Era, any guesses on what could be the next one?

Well that's a tough one. This one will take us a decade to get through and I don't have an answer for that one. It's the next generation's problem! I will say that every era [is] built on the previous era capability. The next era will take virtual, assume it and will go to the next step. Some smart people will work out how to make it even better.