Hotmail users get increased attachment sizes, a new-look interface and wider support for third-party applications from within your email window. 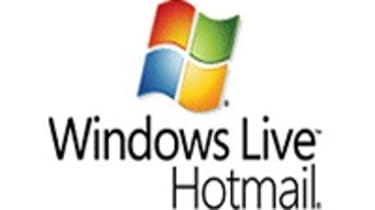 Microsoft has begun upgrading Hotmail users to an all-new version of the webmail service offering support for larger file attachments and the ability to view content from an increased number of third-party services from within the Hotmail window.

Possibly the most significant development in Hotmail Wave 4 is support for attachments up to 10GB in size. Also new is the Sweep menu, which allows the inbox to be organised more efficiently by making it simple to clear away unwanted messages.

Images no longer have to be sent in full to recipients' inboxes they can instead be hosted on Windows Live SkyDrive slideshows and previewed in inboxes to save space.

In addition, you can now access third-party services such as YouTube, Flickr and social networks such as Facebook and Twitter without having to leave the Hotmail page. Fans of Gmail-style conversation views can now replicate that look in Hotmail too, though unlike in Gmail you still have the choice.

From today, Hotmail's 360 million users are being upgraded to the new version one "cluster" of accounts at a time, though with hundreds of clusters in total to upgrade, it may be some time until everyone is using the new look.

"If you don't see these features today, please hold on just a little while longer--everybody will be upgraded this summer," wrote Mike Schackwitz, Windows Live Hotmail team programme manager, on the Windows Team blog.