Facebook's Sheryl Sandburg says teenagers prefer to use text messages or social networks to communicate, and in time the rest of us will too. 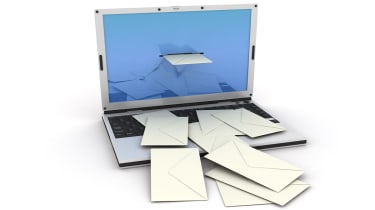 Facebook's chief operating officer (COO) Sheryl Sandberg believes it is simply a matter of time before email joins the likes of the floppy disk and cassette tape on technology's scrap heap.

Speaking at the Neilsen Consumer 360 conference in Las Vegas, Sandburg said trends among teenagers usually gave a strong indication of which way the mainstream market was moving.

According to Sandberg, just 11 per cent of teenagers use email as their primary means of communication, with most prefering text messaging and social networks.

"If you want to know what you'll be doing tomorrow, look at what teens are doing today," Sandberg told delegates.

With Facebook approaching the half-billion user mark, many people find it easier to send messages and emails within the social network itself, rather than through a standalone email or webmail product such as Gmail or Hotmail.

And while the sheer number of users means criminals are increasingly targeting Facebook with malware and phishing attacks the latest being "clickjacking" it still compares favourably with traditional email, especially given the seemingly unshakable grip spam seems to have on the latter.

Moving away from email isn't just something that will benefit end users, Sandberg argues, but also businesses too, with the sheer weight of numbers that use Facebook on a daily basis opening up entirely new opportunities. "On any given day, you can reach twice as many people in the US as watch American Idol and that only makes up 30% of our global audience," she said.

Sandberg's comments echoed remarks made recently by Facebook boss Mark Zuckerberg, who said the company wasn't working on a webmail client and was rather focusing its efforts on developing short-form communication instead.