Tablets to outsell netbooks within a couple of years?

A new Forrester Research report predicts tablet sales in the US will come at the expense of the netbook market. 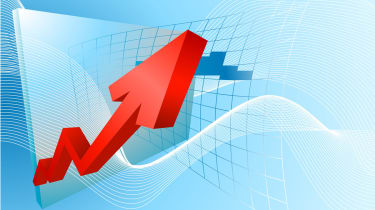 Spurred on by the Apple iPad, tablets will be outselling netbooks within just two years, according to market analyst Forrester Research.

The firm's latest report, entitled [ital]The US Consumer PC Market in 2015" shows that the tablet market in the US will expand from just 3.5 million units sold this year more than half of them iPads to a healthy 20.4 million units in 2015, representing compound growth of 42 per cent per year.

According to Forrester's forecast, more people will be buying tablets than netbooks by the end of 2012, and by 2015 tablets will make up nearly one in four of all PC sales, second only to notebooks and ahead of not only netbooks, but desktop PCs too.

Forrester Analyst Sarah Rotman Epps said the tablet market's growth would come primarily at the expense of netbooks because of their similar usage footprint by 2015 netbooks will trail notebooks, tablets and desktop PCs as the fourth most commonly sold PC type with just 17 per cent of the market.

"Tablet growth will come at the expense of netbooks, which have a similar grab-and-go media consumption and web browsing use case as tablets but don't synchronise data across services like the iPad does," Rotman Epps said in a statement.

"Consumers didn't ask for tablets. In fact, Forrester's data shows that the top features consumers say they want in a PC are a complete mismatch with the features of the iPad. But Apple is successfully teaching consumers to want this new device."

In total, the Forrester report predicts that half a billion devices it classifies as PCs (including tablets) will be sold between now and 2015, representing an overall rise in unit sales of 52 per cent.

Unsurprisingly, desktop PC sales will continue to slide, down from 18.7 million units this year to 15.7 in 2015, but will still have specific appeal for anyone needing a PC capable of the most CPU-intensive of tasks, such as high-end video editing and gaming. Additionally, their typically longer lifespan than other types of computer will ensure desktops remain the PC type used by most consumers despite the lower sales.

Overall, their broad compromise between power and portability will see notebooks maintaining a clear lead, with a total of 42 per cent market share in 2015.