Social networking giant Facebook has responded to privacy groups' concerns in an open letter of its own, defending its approach to privacy and arguing further measures are not needed. 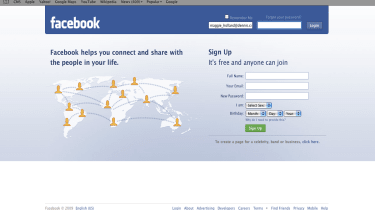 Facebook has responded to an open letter from advocacy groups raising concerns over the social network's approach to user policies, issuing a point-by-point rebuttal in an open letter of its own.

The original letter, which was sent last Wednesday addressed to Facebook's chief executive Mark Zuckerberg, praised the company's recent efforts in addressing some privacy concerns head on, but went on to call for six specific changes that would "continue to demonstrate your commitment to the principle of giving users control over how and with whom they share".

The suggestions including switching to an HTTPS connection for all interactions by default, giving users the power to control exactly which apps and third-party plugins are able to access their personal details, and providing tools to assist users with migrating their data out of Facebook should they wish to leave or join another network.

Facebook's response addressed each point in turn, defending the company's record on privacy and arguing that the changes it had already made were sufficient to address any outstanding privacy concerns.

"We do not use [user information] for ad targeting nor do we sell it to third parties," the Facebook letter read. "That information cannot be sold or shared with others or used in any way other than to improve the experience of Facebook users visiting their site."

The letter also pointed out that Facebook has reduced the amount of user information available to the public and given users all the tools they need to restrict their profile information to friends only.

Regarding the request for users to be able to export data to other social networks, Facebook argued that such a request was in itself a contradiction of the principles the privacy groups said they were aiming to protect.

"We don't allow exporting of content that is created by others because it doesn't respect the decisions users make on Facebook," the letter added. "Frankly, we're surprised that these groups would advocate for a tool that would enable one person to strip all of the privacy protections for any information that has been shared with them."

Following up on the open letter, a post on the Facebook blog provided further clarity on the social networking site's efforts to simplify its privacy settings without compromising members' safety, addressing a number of common questions members had raised.