A chip and pin fraud gang are jailed for 15 years after an investigation by the Dedicated Cheque and Plastic Crime Unit. 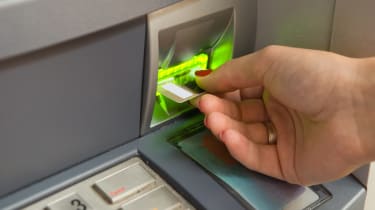 Four men have been jailed for a combined total of 15 years for their part in a card fraud operation.

Theogenes de Montford was given the longest sentence - four-and-a-half years - while Rajakumar Thevathasan, Usman Mahmood and Rashid Abdi Hassan will be jailed up for three-and-a-half years each.

The men were found guilty of tampering with chip and pin devices at a number of petrol stations across the south of England in 2009.

They copied electronic data from customers' bank cards and then used the information to create fake magnetic stripe cards that could be used overseas, in countries that have yet to introduce chip and pin.

Following an investigation by the bank-sponsored Dedicated Cheque and Plastic Crime Unit (DCPCU), the four men were arrested.

Since it was established in April 2002, the DCPCU has prevented an estimated 340 million in card and cheque fraud losses, the equivalent of more than 3.5 million a month.

"We have worked closely with both the banking and retail sector on this investigation, and together we are sending a very clear message that those responsible for these types of fraud will be caught and prosecuted," said Detective Chief Inspector John Osibote, who leads the DCPCU, in a statement.